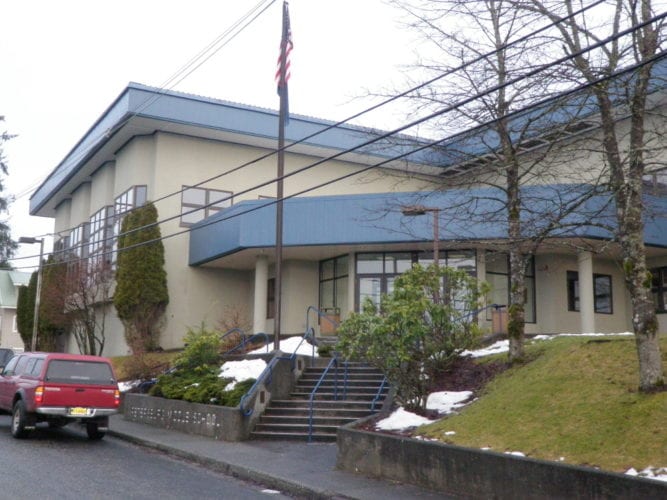 Petersburg’s borough assembly Monday approved a reduced rate for electrical power for Petersburg’s school buildings and pool. Assembly members stuck with their opposition to including the hospital in the rate break.

The 8 cent a kilowatt hour rate was an idea that came from officials with the borough, hospital and schools as a way to spend down cash reserves in the electrical department and help out the bottom line for some public buildings in Petersburg. The 15 borough-owned buildings listed could have seen savings of over 237-thousand dollars a year. However assembly members have only been interested in a reduced rate for the schools and pool.

Doran Hammett is chief financial officer for hospitals in both Petersburg and Wrangell and made the case for a reduced rate at Petersburg Medical Center and said it would replace some anticipated loss in state funding.

“It is an attempt to replace some very small percentage of what we’ll be losing,” Hammett said. “If it were granted a municipal rate based on the current estimates the hospital would not even replace the five percent across the board cut that Medicare or Medicaid is making at the state level.”

The hospital was looking at savings estimated at just over 41,000 dollars a year with the reduced power rate. The lower rate could mean annual savings of over 96,000 dollars for the school district and borough between electrical use at the school buildings and the community pool.

School superintendent Erica Kludt-Painter thanked the assembly for the rate break and pointed to energy saving measures the district has made in the elementary middle and high schools. She also hoped to find ways to cut back use in the pool.

“We would like to work maybe a little more closely with staff at the pool to see what we can do there to potentially stabilize maybe some of the energy usage at the pool,” Kludt-Painter said. “It’s a large facility and we do pay a significant amount of money there we pay the bill. But we don’t have a lot of say over management. So we’d like to offer to work a little more closely there if we can.”

The pool is managed by the borough’s parks and rec department, which pays other costs of operating that facility.

Assembly member Jeigh Stanton Gregor tried for a third meeting to amend the proposed power rate to include the hospital. And like the last two meetings that change fell short. This time the vote was 3-3 with Eric Castro and Kurt Wohlhueter joining in with Stanton Gregor.

Castro then proposed amending the ordinance to require an annual report on energy savings from the rate break and how that money has been spent. That amendment passed 6-0.

The mayor and one assembly member remained opposed to extending the reduced rate to anyone.

“I just think it puts a tax burden on those rate payers that shouldn’t belong there and it also masks some of the funding I think should be public at all times,” said Bob Lynn.

Lynn and mayor Mark Jensen were the only votes against the rate break in third and final reading and it passed 4-2. Cindi Lagoudakis was not at the meeting. The reduced rate for the schools and pool takes effect immediately.