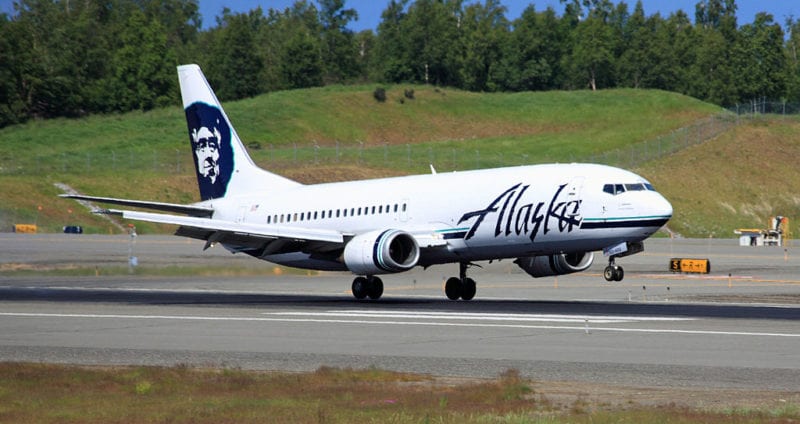 Alaska Airlines executives visited Petersburg recently to announce that the changes to their cargo service are still going to happen but not until next summer. KFSK’s Angela Denning reports:

A small crowd is gathered at the Sons of Norway hall in Petersburg. A table full of Alaskan Airlines staff is here to answer questions about future changes to the airline’s cargo arm.

Jason Berry, the Managing Director of Cargo, gives an update on the company’s plan to retire their combi-planes, and convert three of their 700 passenger planes into full-freighters that would carry just cargo.

“It just adds more lift to the market,” Berry said, “more ability to get cargo moving, out of the Southeast, out of Alaska down to the lower 48 and beyond.”

There is already one freighter that serves Juneau, Sitka and Ketchikan now. The rest of Southeast is used to seeing the combi-aircraft which carry cargo in front of the plane and passengers in back. Those combi’s have been serving Southeast daily for about ten years. But they will be replaced come next summer by full-passenger and full-cargo service.

Alaska Airlines had thought the transition would begin this summer. But the timeline has been pushed back because the process is taking longer than expected. Berry says the actual work is being done in Israel.

“The conversion is being done in Tel-Aviv by Israeli Aerospace Industries,” Berry said. “They’re renowned for actually doing conversions. They’re professionals at it. It’s what they do.”

Two planes are there now and the third one will go over this summer.

Each freighter plane will carry 40,000 pounds. Most of the Southeast towns will see one freighter plane per week. But some communities will get them multiple times a day depending on the need.

“And when there is a need for more you can call us and we’ll actually do drop ins at a much easier much more flexible schedule,” Berry said.

Most of the cargo going out of Southeast Alaska is seafood. The airline moves about 30 million pounds of seafood from Alaska every year. Other perishables like groceries are moved throughout the state every day.

He says once the freighters start flying regularly next summer passengers won’t really be affected. Their schedules will remain the same and cargo will still be carried in the belly of those planes.

However, there will be a first class cabin on Southeast flights.

Another change for Alaska Airlines is building a new $42 million maintenance facility in Anchorage. The current facility can’t fit the airline’s larger 900 airplanes. The company is also making upgrades to the 11 stations they own and operate in the state including the one in Petersburg. That, along with the new freighters, the airline is calling it their $100 million re-investment, showing their dedication to the state.