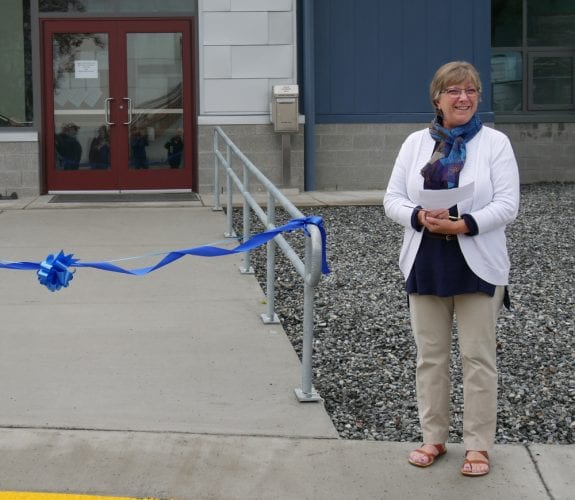 Petersburg borough mayor Cindi Lagoudakis has decided to try and continue on in that role past October.

Lagoudakis has filed her paperwork with the borough to run for the mayor’s seat in the October 3rd election. As vice mayor she took over the mayor’s role in May following the resignation of Mark Jensen. And like Jensen last year, Lagoudakis said it was not an easy decision to run for mayor.

“My husband and I have talked about traveling more in the next few years and it’s OK if we put that on hold for a little bit, we’ve got plenty of time to do that, “Lagoudakis said. “That was really the deciding factor was spending more time with family down south or being able to commit to this and it’s a challenging time but I think that there’s some interesting opportunities that we can try and work towards.”

She has served as acting mayor in prior years when Jensen was out fishing and not at meetings during the summer. Lagoudakis was appointed to her assembly seat in 2013 shortly after the incorporation of the borough government. She was elected to that seat in 2014. Lagoudakis is retired from the U.S. Forest Service and turns 63 in September. She said she is looking forward to a challenge.

“I have really enjoyed being on the assembly and I like the group of people that I work with even though we’re a diverse group I think we work pretty well together,” she said. “And I had a number of people from the community actually approach me and ask me to run and talked that over with my spouse and we decided that would be an OK direction to go for now. I’m actually looking forward to the challenge.”

The filing period for local candidates is open through August 22nd. Other candidates to file so far are Richard Burke for an assembly seat and Cindy McDonell for a spot on the library board.