Bears in Petersburg trash a human problem to solve 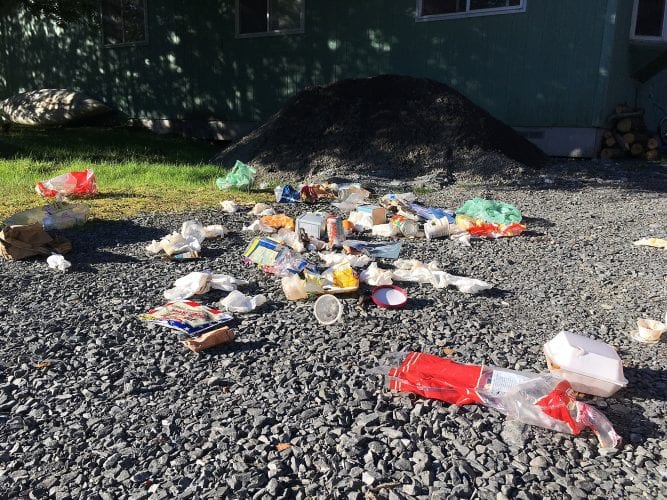 This trash was spread around a driveway on Galveston Street in the early morning hours, Aug. 9. A few other homes in the neighborhood also had their trash disturbed recently. Photo/Angela Denning

Dumped over trash bins and garbage spread around yards and driveways are becoming all too familiar sights for some Petersburg residents. The police department and the Alaska Department of Fish and Game have received several phone calls recently about bears showing up around local homes.

But the bears are just doing what comes natural, according to Rich Lowell, a biologist with ADF&G. Bears naturally search for food and with over a thousand trash bins in town people are giving bears a lot of free meals.

KFSK reporter, Angela Denning, sat down with Lowell to talk about the bears. He says it’s human behavior that needs to change.

The local ADF&G office along with the Petersburg Police Department are running a live bear trap in town to try and relocate some bears. Lowell says if you see the trap in your neighborhood to keep pets and children away from it because the door is spring loaded and potentially dangerous. But, he adds, that it won’t matter if bears are relocated if residents don’t change their behavior. There will be more bears that come along and do the same thing. 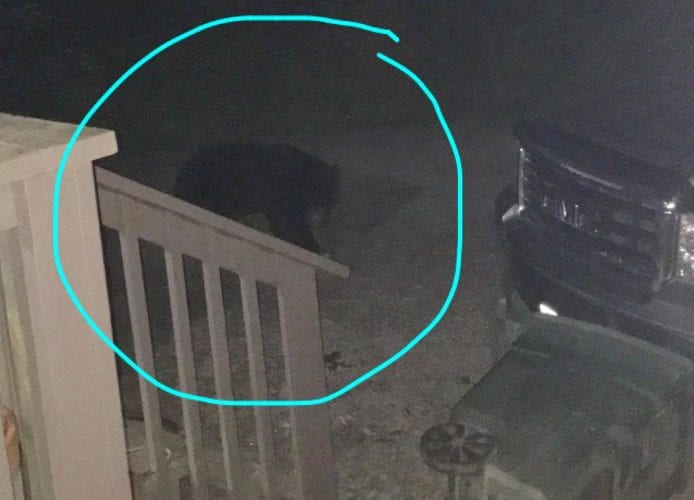 This bear was sighted in Severson’s Subdivision this month. Photo/Shauna Pitta-Rosse.

According to Cody Litster, the Alaska Wildlife Trooper in Petersburg, it is illegal to shoot a bear just for disturbing your trash.

For information on electric fences for bears, check out this ADF&G webpage.

For more information about coexisting with bears, visit www.alaskabears.alaska.gov.