Teens visiting Petersburg share what it means to be Norwegian American 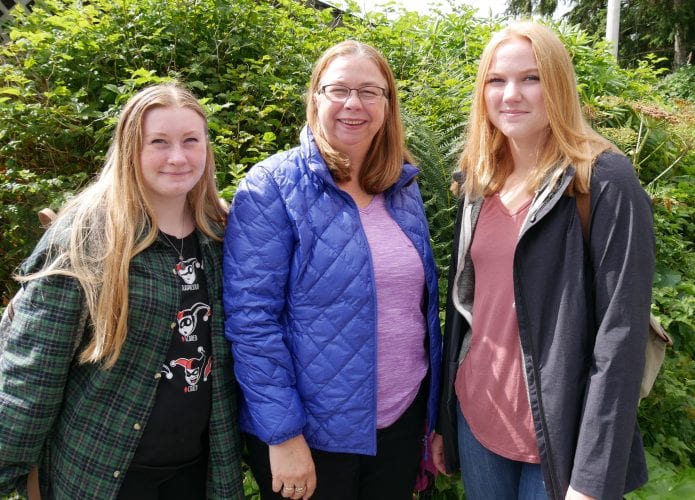 What does it mean to be Norwegian American?

A leader in the national Sons of Norway organization is in Petersburg this week helping eight teenagers better understand that. The youth are from Alaska, Washington, Oregon, and Idaho and are being led by Chris Hicks, the organization’s president for the district.

Petersburg resident, Sally Dwyer, has coordinated activities for the group this week. They’ve learned rosemalling, toured docks at the harbor, a cannery, and the Clausen Museum.

Chris Hicks stopped into KFSK to talk with Angela Denning about her trip. She was joined by 17-year-old Annika Silk of Idaho and 16-year-old Diana Hicks of Washington.

Hicks says the Sons of Norway organization was created by Norwegian immigrants who wanted to help each other out and stay in touch with their culture. And that’s kind of like it is today.

The Sons of Norway District Two holds three youth camps a year. Petersburg’s lodge gives out two full scholarships a year to local youth to go to the camps.

Petersburg youth, Annie Christensen and Sarissa Miller attended a camp in Washington this year. Adanna Kvernvick of Petersburg went as a camp counselor.