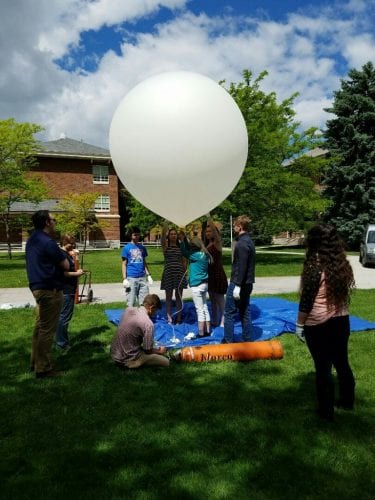 Ian Fleming’s team works with a NASA balloon in Missoula, Montana before heading to Idaho to document the eclipse. Photo courtesy of Ian Fleming

A solar eclipse will be happening on Monday. The peak of the eclipse in Southeast Alaska will be at 9:19 a.m. In our location, it will be a partial eclipse with about 60 percent of the sun covered by the moon.

The weather will most likely be cloudy and rainy and it might just look darker outside. But no matter the weather, you can see the eclipse online as it unfolds. NASA is planning video coverage of the whole thing. They will be flying balloons high into the atmosphere to record it.

NASA has 55 teams working on the project across the country and Petersburg has a connection to one of them. Former high school graduate, Ian Fleming, is working with a team in Laramie, Wyoming. Fleming is a Physics major at Montana State University in Bozeman, Montana. He, along with eight other interns and three mentors, have been preparing for the project all summer long.

KFSK’s Angela Denning spoke with him before he headed out into the field. 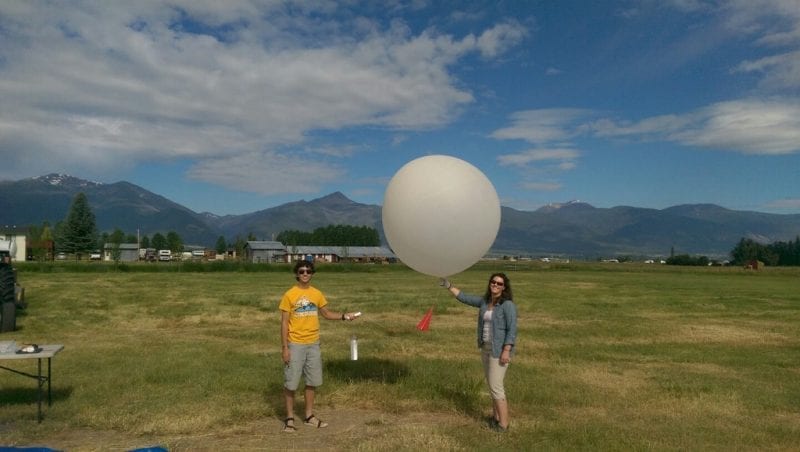 In his senior year of high school, Fleming won a national science competition for original research. He studied the effects of a common herbicide on coho salmon eggs.

On Monday, in Petersburg, the public library will be showing a special viewing of the NASA coverage starting at 8 a.m.

Looking at the sun, even during an eclipse, can damage your eyes.

There are special glasses called eclipse glasses that are much darker than regular sunglasses. You can also use a homemade pinhole viewer to watch the eclipse.

The library also has glasses for people going to the viewing event.