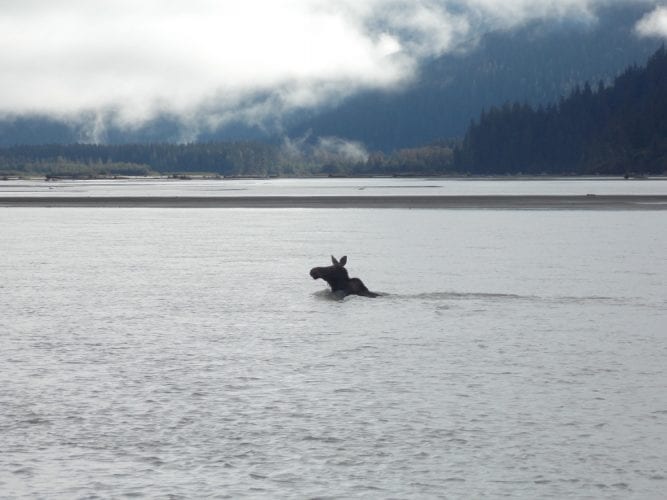 Hunters are heading to moose camp on the mainland and islands around Petersburg, Wrangell and Kake. A month-long season in central Southeast Alaska starts up Friday, September 15.

Last year saw the highest harvest on record with 112 bulls taken from mid-September through mid-October. That topped the previous record of 109 moose shot in the 2009 season. Almost half of the moose killed last year, 50 animals, were from Kupreanof Island between Petersburg and Kake. The Stikine River near Wrangell saw an unusually low harvest last year after a better hunt the year before.

Hunters need a registration permit from the state and will have to fill out a hunt report even if they’re not successful. The harvest limit is one bull with restrictions on antler size and configuration. Last year 12 of the moose shot did not meet state requirements for the hunt.

Moose in this area are thought to be relatively recent arrivals, likely moving to Wrangell, Mitkof, Kupreanof and Kuiu islands from British Columbia through the Stikine River valley. The Alaska Department of Fish and Game believes moose here are a sub-species and are smaller than the animals found elsewhere in the state. Successful hunters bring home hundreds of pounds of meat for the freezer.