Glaciologists have wrapped up two years of research on LeConte glacier near Petersburg. Their preliminary findings show that the glacier could reach a record retreat by the end of the year. And it could be an indicator for what’s going to happen in Greenland. KFSK’s Angela Denning reports:

Glaciers are like frozen rivers of ice, constantly moving. LeConte Glacier feeds into the ocean near Petersburg at a rate of 90 feet a day. LeConte is the southern-most tidewater glacier in the Northern Hemisphere. Its accessibility makes it a draw for nearby scientists. But that’s not the only reason they’re interested. The glacier is also a lot like hundreds of others that cover Greenland.

And Greenland has the attention of climate specialists all over the world. When it melts, which they say is inevitable, sea levels could rise quickly.

Christian Kienholz is a Glaciologist at the University of Alaska Southeast who is originally from Switzerland. He’s been studying LeConte for the past two years to find models to predict glacial melt in Greenland.

“If we want to better understand than we need to look at an example like LeConte, which is much better accessible than the glaciers in Greenland,” Kienholz said. “LeConte has other advantages because it’s a fairly narrow fjord, which allows us to do the measurements from the boat like transects fairly efficiently.”

Kienholz and a colleague have visited LeConte seven times staying at a base camp about 1,200 feet above the glacier overlooking the end or terminus. 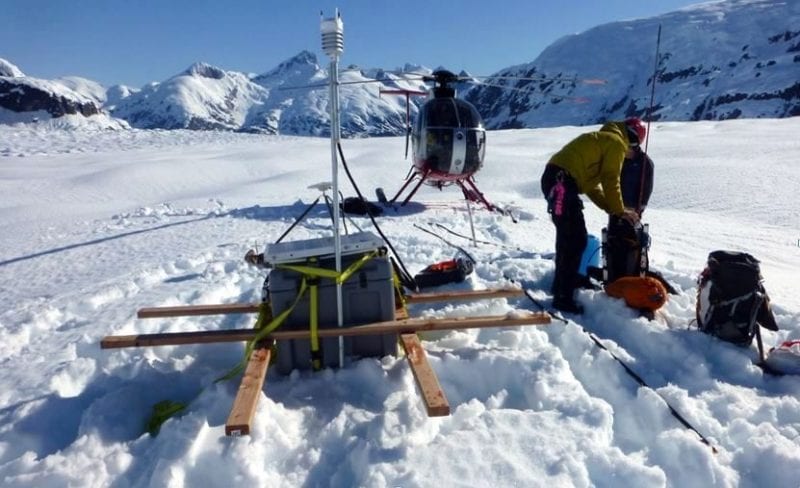 The research required lots of equipment. They had six time lapse cameras set up around the fjord taking snapshots every fifteen seconds. A radar measured the glacier’s speed and elevation every three minutes. A sonar measured the depth of the fjord. Seismometers helped detect calving events and runoff. And they tracked the weather–the temperature and precipitation.

Some of the research continued year round like the time lapse cameras. Kienholz collected over a half a million images through them. The winter snow would come and go but the cameras kept rolling.

“And that’s something that recently became possible,” Kienholz said. “We have now cards, memory chips that are large enough to actually store that number of pictures. Ten years ago that was not possible.”

Newer computers are helping translate the still images into surface speeds of the water. 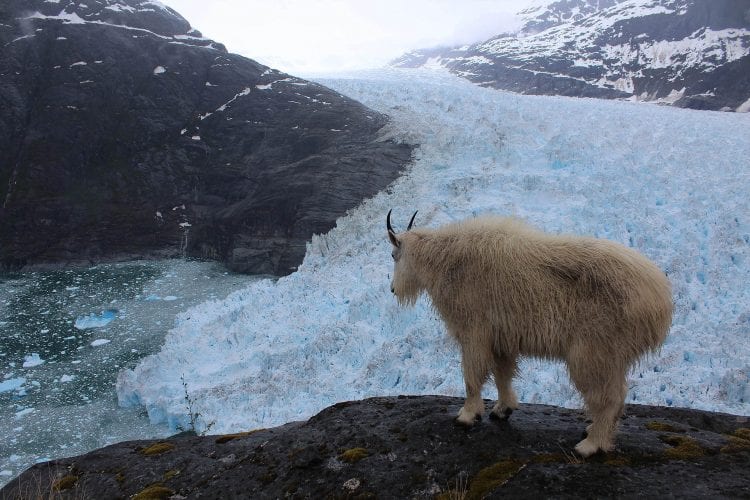 Scientists like Kienholz call LeConte and other tidewater glaciers non-linear systems. The glaciers are traveling on top of water and become stable when they get to shallower spots known as sills. So, the terminus usually stays near a shallow spot for a long period of time where there is less calving. But when the glacier retreats beyond that point onto deeper water, there’s more calving and the terminus jumps back.

“That’s what we have seen with Leconte Glacier,” Kienholz said. “Typically it’s stable for a couple of years, a certain spot, typically on sill, and then it’s retreating pretty fast for a certain period of time and then stable again and then retreating.”

Students at Petersburg High School have recorded the terminus every year for decades and that’s initially what caught scientists attention. The new and old information has Kienholz believing that the glacier might reach a record retreat this year.

Kienholz was interested in glaciers early in life growing up in Switzerland. He says he has seen major changes just in his lifetime.

“There are quite a few small glaciers. They were already small when I grew up and some of them have gone away,” he said. “That’s definitely what you’re going to see in the years to come. There are a lot of glaciers that are predicted to retreat almost completely.”

He hopes that his research can help predict just how fast those changes will happen and maybe help people plan for what they’re going to do about it.

The two-year research project not only included collecting data from the top of LeConte. An oceanography team from Oregon State University and University of Oregon has been studying the water near the glacier. The two teams are sharing data and plan to publish their results.

Kienholz hopes that the scientists can secure funding to collect more data from LeConte in the future.