Petersburg voters to decide on fluoridation 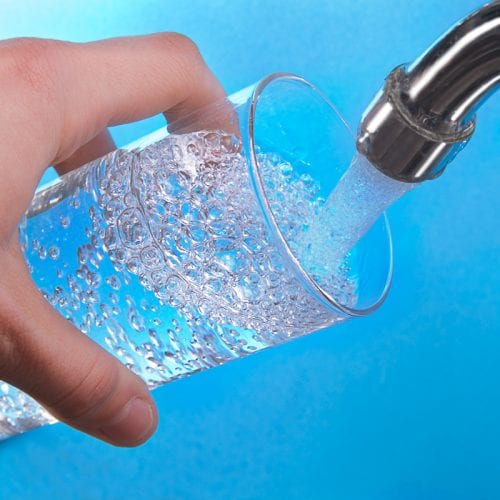 Petersburg voters will decide on water fluoridation in the municipal election this Tuesday. (Creative Commons photo by Joost Nelissen)

Petersburg voters will be deciding Tuesday whether or not to keep adding fluoride to the town’s water supply. Fluoride is put in the water to improve dental health. But as KFSK’s Angela Denning reports, it’s a divisive issue.


Petersburg has naturally occurring fluoride in the water but it’s a very small amount at 0.1 parts per million. U.S. government entities like the Centers for Disease Control and the Environmental Protection Agency recommend at least seven times that. The American Dental Association does too.

Fluoride powder has been added to the Petersburg Borough’s water supply since 1986 to reach 0.7 parts per million. That was approved by local voters in the past. But the question is coming up again because some residents, like Dana Thynes, question the practice. She argues that fluoride is toxic and it should be up to the people to use it if and how they want.

“There’s an idea that fluoride has to be drunk but in 1996 the CDC conceded that the primary benefit of fluoride is topical and yet the policy lives on,” Thynes said. “It’s like a dinosaur, it just goes on and on like some government programs do and it should have died then but it didn’t.”

She says fluoride can cause a series of health problems like hypothyroidism, arthritis, cancer and other ailments.

Don Koenigs is another Petersburg resident who is a long-time opponent of adding fluoride to the water supply. He says that the evidence is inconclusive that it benefits dental health and says adding it to the water is a violation of his personal rights.

“To put something in the water, medicate me with something that I choose not to put in my mouth by the vote of the public,” Koenigs said.

Koenigs says fluoride is not just about teeth. He says he has had health complications crop up after fluoride was added to the water in Petersburg.

“What’s happened to me [is] I’ve found that the magnesium and the fluoride bind together and it affects my heart and the ability for my heart to function,” Koenigs said. “I’ve had three ablations of my heart, I have a pace maker in my heart, I also have kidney issues because I drink copious amounts of water. I cannot and will not drink fluoridated water. And I try not to use toothpaste with fluoride. I avoid it.”

Like Thynes, Koenigs says there are other options for getting fluoride if residents want. They can get it through toothpaste or obtain a prescription from a dentist for a topical treatment.

But Sandy Volk says other treatments don’t work the same as ingesting it. Volk has been a hygienist in Petersburg for 27 years and strongly supports fluoride in the water. She says it reacts differently than topicals.

“Community water fluoride starts when a child is an infant. It is carried through the blood supply and it hardens the enamel and the entire tooth while it’s developing down in the jaw before it even erupts into the mouth,” Volk said. “Then topical fluoride can take over somewhat. The tooth is developed. Your mouth rinses, your toothpaste, your fluoride applications only act on the outer surface of the enamel not through the thickness like water fluoridation or the vitamins could.”

Volk says fluoride vitamins would cost about $90 a year per child and many people forget to take their vitamins. When Volk first came to Petersburg the town did not have fluoridated water. She came from two communities which did and says she was surprised at Petersburg’s tooth decay.

“When I moved to Petersburg one of my first comments to Dr. Beardslee was I’ve never seen so many people with fillings in their mouths,” Volk said.

Dr. Beardslee is a retired a dentist in Petersburg who practiced locally for over 40 years. He was instrumental in getting fluoride in the water through a public vote. He says he saw less tooth decay in town after fluoride was added to the water. He says it takes some years to see the difference but it does happen.

“The fluoridation that people get has to be a continuous cycle,” Beardslee said. “If you drop off a few months or year or something like that then you have a weak spot in that enamel that formed in that time. That will make a difference in tooth decay, just that alone will. So, it’s important to keep the fluoridation going in this community.”

Beardslee says dental health is much better now than in the past. He says adults who are middle aged and older can just look in the mirror.

“Basically, take a look in their own mouths and see how many cavities or fillings they have had in their lifetime and then look at their kids and base their vote on that,” he said.

The fluoride question will be put to voters on Tuesday. A “YES” vote would have the borough stop adding fluoride to the water. A “NO” vote would leave the fluoride in as is.

The municipal election is Tuesday. Absentee voting is happening at the clerk’s office through Monday at noon. KFSK also hosted a 90-minute call-in show on fluoride which aired September 22.