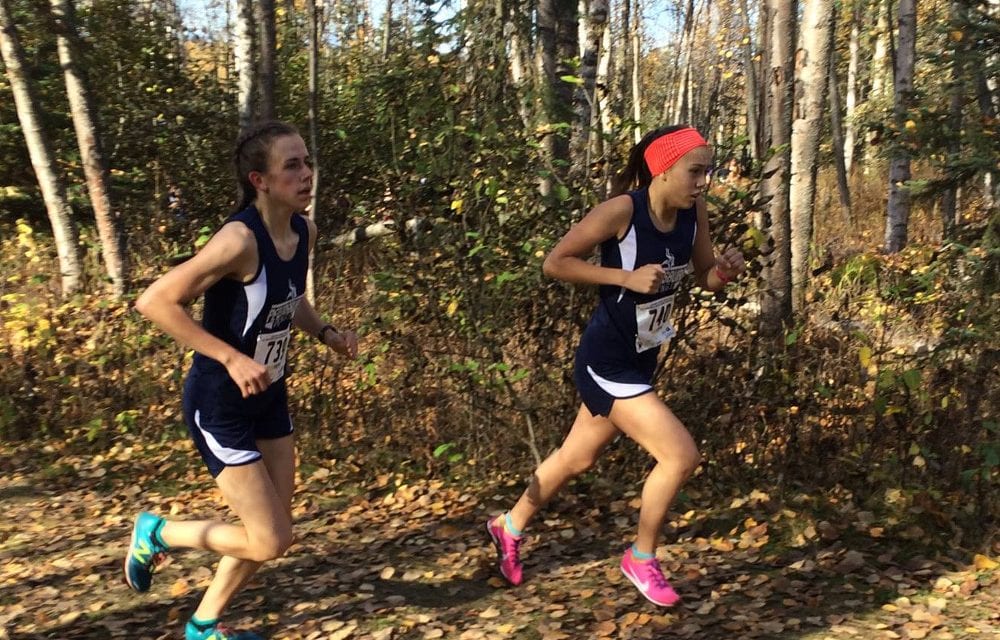 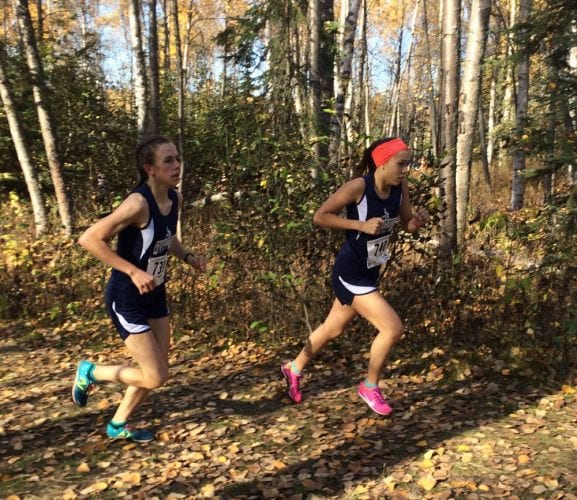 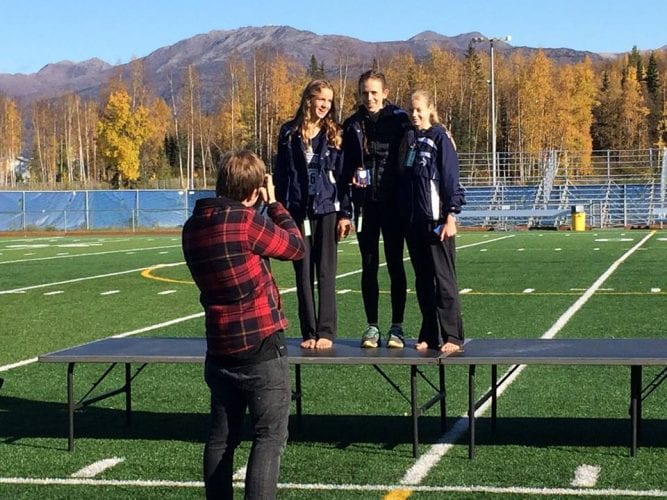 Maia Cowan, Erin Pfundt and Kendra Coonrad have their photo taken after finishing 1, 3 and 2 among 2A school runners on Saturday. (Photo courtesy of PHS cross country)

The Viking girls had three runners in the top 15, led by two freshmen. Maia Cowan was eighth and Kendra Coonrad was 10th while senior Erin Pfundt took 15th. Julia Murph was 37th and Melanie Chase was 38th.

Grace Christian School was the girls state champion team for 1A, 2A and 3A schools. Anchorage Christian took the team title for the boys.

The highest finish for the team was third place back in 2013. They were fifth last year and fourth the year before that. This team has no senior boys but loses three senior girls to graduation: Erin Pfundt, Julia Murph and Maddy Parker.