Oversight of electrical department could be back before Petersburg assembly 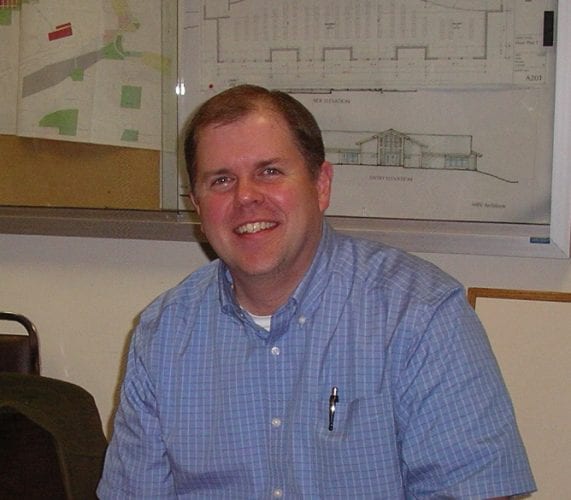 The borough’s public works director says he’s withdrawn his name for a new proposed job of utility director following the results of Petersburg’s election. That will leave it up to the new borough assembly to decide whether or not to seek a new superintendent for Petersburg Municipal Power and Light or continue on with the current administrators on an interim basis.

Earlier this year, Petersburg’s borough manager Steve Giesbrecht proposed a re-organization of departments to take place with the retirement of power and light superintendent Joe Nelson. He wanted public works director Karl Hagerman to take a new job of utility director, with oversight of the electric department. Assistant public works director Chris Cotta would have taken over public works and his job would have been eliminated, saving the borough more than $100,000 a year. The proposal generated opposition at assembly meetings, the resignation of the mayor and an application for recalling most of the assembly over an executive session on the topic.

In an email, Hagerman this month writes that he has pulled his interest in the proposed utility director’s position based on the outcome of the local election. He writes, “one, that the candidates challenging for mayor and assembly felt strongly enough about maintaining a dedicated superintendent to lead the power and light department that it was a large portion of their campaigns and two that the community supports those candidates and their position to stop the re-organization.”

Hagerman is the interim administrator of the power and light department and writes that he will continue on in that role until he’s no longer needed there. He’s also been overseeing capital projects for the electrical system. Power and Light employee Scott Newman is the interim superintendent and has been overseeing day-to-day operations
The candidates elected this month had mixed opinions on the topic. Mark Jensen and Brandi Marohl wanted to seek someone with electrical experience.

“It’s pretty important that we have someone that understands the business of electrical field,” Jensen said at a candidate forum last month. “And I respect Karl 100 percent for what he does but I don’t, if we advertise in such a fashion that he qualifies for it, I hope he puts his name in. But I think we need someone, that’s maybe not an engineer like I said a minute ago but someone that has lots of years of experience in this field.”

“I am completely opposed to not having somebody with electrical knowledge and skills,” Marohl said at that forum. “I’m not saying they have to be an engineer but they should have at least a minimum of 6-8 years journeyman experience or something equivalent, electrical administrator, something like that. I think a lot of people don’t really understand the vast knowledge that is required to understand power generation and distribution.”

At that same forum Jeff Meucci he wanted to see if the existing temporary system is working. “I mean there’s no hurry,” Meucci said. “We don’t have to hire an electrical superintendent in the next two weeks. We can see how this plays out for the next six months. If it looks like it’s not meeting the needs of the community or we’re spending a whole bunch of money on consultants in Juneau or wherever they’re from, then we can go out and look for somebody who can meet those needs. For me I’m looking for city staff to kinda give us recommendation. I’ve talked to all the guys on the line crew and they’re kinda, they can deal with it for a few months. If it doesn’t work out I’m sure we’ll hear from them.”

Meucci and Marohl were elected to the assembly and Jensen was elected mayor.Some of the other incumbent members of the assembly have supported the re-organization and are on record in favor of hiring Hagerman for the job.

Borough manager Giesbrecht writes that recruitment will start when the assembly approves a job description, pay and benefits, recruitment costs and increased costs to the electric department budget. Giesbrecht presented options for updated job descriptions back in June. He estimated at that time that advertising, recruitment and relocation costs could top 40,000 dollars. With assembly members missing meetings this summer, they agreed to wait until they had seven present to address the issue again.