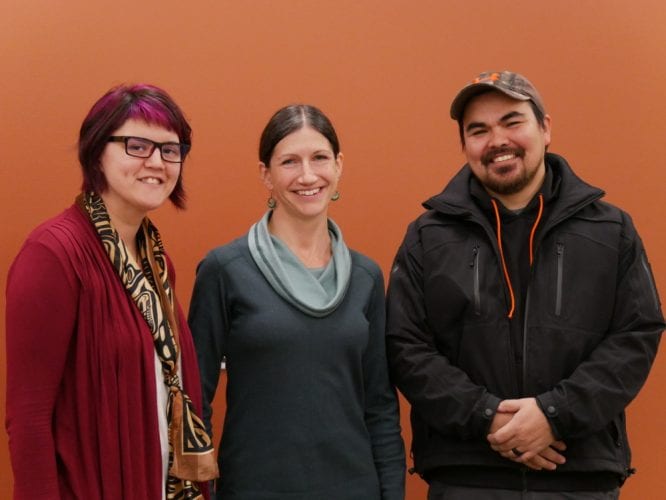 Law enforcement, victim’s advocates and medical staff in Petersburg are teaming up to help victims of sexual assault. The group has formed a response team to improve the process for victims and hope it will encourage more reporting.

The three main pieces of the team are the local police, medical community and the victim’s advocacy group WAVE, or Working Against Violence for Everyone. WAVE’s executive director Annette Wooten explained that the team allows for better coordination between the three.

“So instead of someone who’s been assaulted going to the police station to make a report and then needing to go to the hospital to get an exam done and tell their story and then coming to our office and needing to tell the story again we all meet together and respond together so that we can help each other out,” Wooten said. “And so it’s just a national model that we’ve decided to move forward with.”

Other agencies and volunteers work to support the team and refer reports of assault. According to a press release, the goal of the new effort is to create a safer community that connects victims to resources and promotes offender accountability. The group went through training in September.

A 2015 survey found that one in three adult women in Alaska had experienced sexual violence in the past year. Police officer Jared Popp said the local department gets at most one report of sexual assault a year. That’s not to say it’s not a problem here. Team members think victims are not reporting for a variety of reasons. Popp explained having clearly defined roles makes it easier for victims, other team members and police as well.

“We don’t always are able to attend to the emotional side of the trauma or anything like that,” he said of the police department. “Our job is to interview, gather evidence, go take pictures and arrest the bad guy. And with an advocate and the medical center being involved, advocates can be there for emotional support, explain the process better than I can. I’m a hammer, everything’s a nail, so you know. So I think having a team like this is a great value to the community because it makes the process less traumatic. A little bit easier for everybody. It makes it easier for investigating as well.”

Team members hope the new collaboration will encourage people to come forward and report assaults, whether than means following through with criminal charges or simply seeking support for the trauma.

Wooten thinks the recent #metoo campaign, where women shared their experiences on social media, showed how pervasive the problem is in the nation. She also thinks it’s more difficult to report an in a small town where everybody knows each other. But she thinks the new team can help.

“It helps us to be able to have an open discussion about different options,” Wooten said. “What does it look like when you report, what happens when we go through the exam, physically to your body, what happens when you’re talking with a police officer, what does that look like. How long does the process take. What happens when we go to court. So all those things we kinda hash out and answer questions and let the victim kinda guide us where we wanna go. So if they say, I’m not ready to report right now, we talk about that. We say OK, well if you don’t report now, these are some things that might happen if you decide to report later. If you want to report now, this is what it looks like.”

Team members say the first step to making a safer community is believing and supporting victims.
] “As a member of this community and as mom and as a physician I want this community to be the safest, healthiest community in Alaska if not in the U.S.” said Petersburg Medical Center physician Jennifer Hyer. “And a part of that is owning up to what is happening in our community, recognizing it and making this safe place for people to come forward and that’s really the work that we’re doing. That we wanna send a message to the community that we believe you, that we have a team ready and that we are not going to accept this in our community.”

To that end, the new team’s press release offers tips for the greater community – things like calling out victim-blaming comments or jokes about rape online. Victims can chose to report an assault to WAVE, the clinic or the police department.