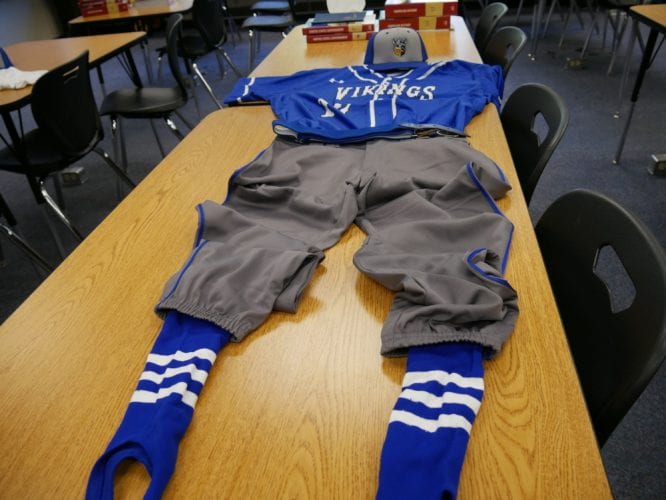 New uniforms were handed out Monday for the PHS baseball team with opening day on Friday, April 20th. (Joe Viechnicki/KFSK)

The high school baseball season opens for the Petersburg at home this weekend with three games scheduled against the Kayhi Kings of Ketchikan. It’s a young Vikings team in 2018. The group has been practicing about a month and a half, with about three weeks of that out of the gym and up at the ballfields once volunteers helped clear the fields of snow. Joe Viechnicki spoke with head coach Jim Engell about this year’s team.

The season openers are against Ketchikan at the ballfields in Petersburg Friday April 20th at 4 p.m. and a double-header Saturday, April 21st at 11 a.m. and 2 p.m. A second home series is planned against Sitka in May 4 and 5. 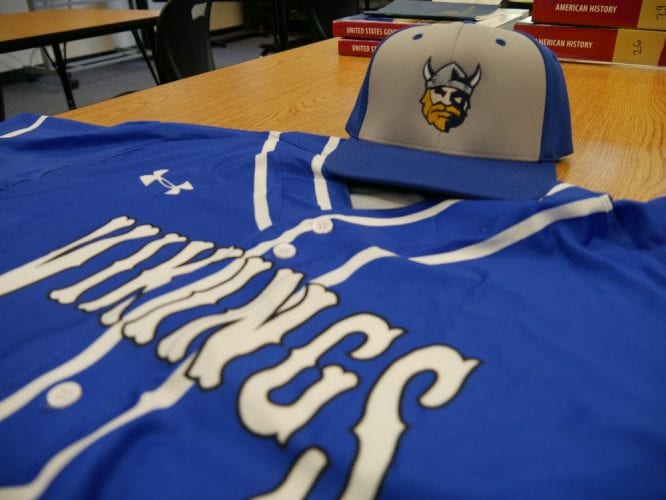