Governor reflects on legislative session in stopover at Petersburg’s Mayfest 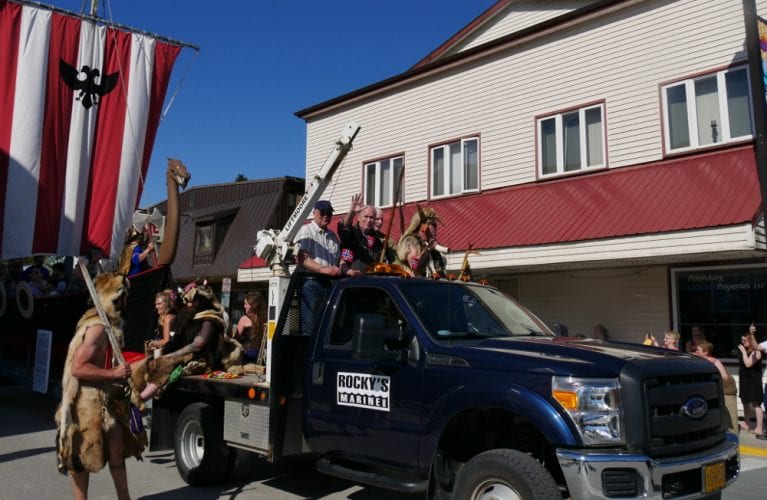 One of Alaska Governor Bill Walker’s last stops before heading on a trade mission to China this month was to participate in the Little Norway Festival parade in Petersburg. While here Walker ate with the Vikings on main street and also stopped by KFSK and reflected on an historic legislative session. Joe Viechnicki spoke with him and asked first about the legislature’s decision on using permanent fund earnings to pay for state government and other thoughts on the past session.