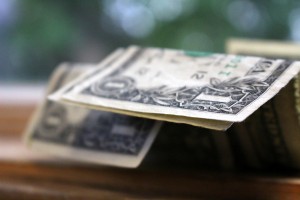 Some Petersburg residents are hoping for a vote this fall to change the senior sales tax exemption to a fixed annual rebate.

Susan Flint and Chelsea Tremblay asked the borough assembly Monday to sponsor a proposed ordinance to make the change and put the issue on the ballot for the regular borough election in October.

Flint is a former assembly member and served on the community’s sales tax review committee and explained the need for the change.

“Many families now have two generations that are eligible for tax exemption and that leaves young families carrying the burden and we are fast approaching 600 seniors with tax exemption cards,” Flint said. “As more seniors obtain their tax exempt card, sales tax revenues decline. Then Petersburg will see more budget reductions and/or raising of property tax.”

The proposed ordinance is modeled on one implemented this year in Sitka. It would end the sales tax exemption for seniors and replace it with an annual rebate. That would be $400 for a single senior citizen or $500 for a household of multiple seniors. Residents would have to apply each year and would only be eligible if they’re already receiving some other kind of low income assistance from the state or federal government.

The borough estimates its not collecting hundreds of thousands of dollars in tax because of the senior exemption and officials have tried to change that. However, by charter voters have the final say. Some past efforts to remove or limit the senior exemption have been voted down handily. But voters have agreed to limit it to people living in Petersburg and agreed the tax should be paid on tobacco and alcohol. The borough also decided to start charging an administrative fee for exemption cards next year, although low income seniors can apply to have that fee waived.

Seniors, many who live on a fixed income, have defended their need for a break from the tax and cite the high cost of living in Petersburg.

Flint also handed out a list of other breaks seniors can receive, including free vehicle registration, fishing and hunting licenses, the property tax exemption and various discounts offered in the community. Low-income seniors can also apply for a break on their utility bills.
Assembly members may seek to have the proposed ordinance on their next meeting agenda for June 4th.