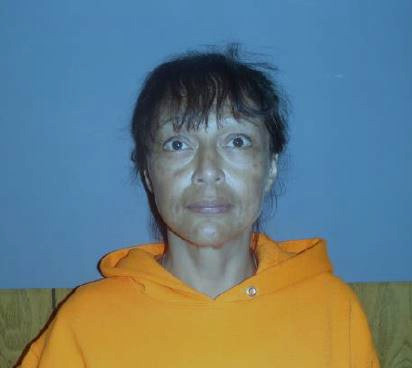 Petersburg Police arrested a woman Tuesday morning after she allegedly threatened police officers with a hatchet near the police station.

An off-duty officer relayed a report of a woman walking along Mitkof Highway near Libby Straits south of town, just before 8 o clock Tuesday morning, striking the handrail with a hatchet.

She was eventually located in the back parking lot of the police station. Police say 54-year-old Permelia “Pam” Lyons moved to the front of the building, raised the hatchet above her head and threatened officers multiple times.

Police captain John Hamilton used a taser to subdue the woman and chief Kelly Swihart handcuffed her, according to a press release from the department. Police say the woman sustained minor injuries but neither Hamilton nor Swihart were injured. She’s facing two charges of assault in the third degree.