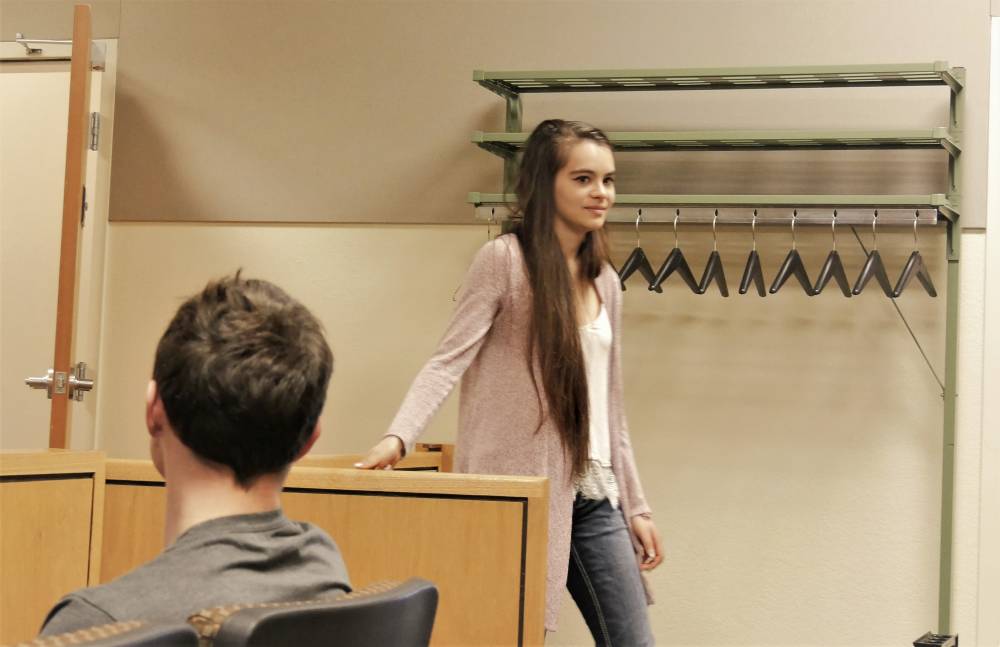 Jasmine Ohmer, 17, passes through the courtroom’s bar to meet family in the gallery after her sentencing hearing, June 5, 2018. The other teen involved, Sebastian Davis, looks on. (Photo by Angela Denning/KFSK)

The second Petersburg teenager accused of hitting deer with a vehicle was sentenced in the Petersburg Courthouse Tuesday. As Angela Denning reports, the sentence came after the teen struck a deal and pleaded guilty to one of four counts.

17-year-old Jasmine Ohmer sat alone at the counsel table in the Petersburg Court room. The judge and both attorneys participated in the hearing through video conference.

The State of Alaska charged Ohmer with four misdemeanors for being involved in hitting deer in Petersburg with a truck alongside another teenager, 17-year-old Sebastian Davis. Ohmer videotaped themselves running into two deer in a residential area and then laughing about it. The video widely spread after it was posted on Snap Chat.

Ohmer pleaded guilty to the first count, which carried a maximum penalty of 30 days in jail, $25,000 in fines, and probation for one year. In exchange, her defense attorney and the State reached a bargain. She would receive an SEJ or Suspended Entry of Judgement. That means there’s no sentence for a year while Ohmer’s on probation. If by the end of the year she’s stays out of trouble, her record will be clean. She also needs to pay $2,000 in fines and complete 100 hours of community work service.

Ohmer’s sentence follows the other teen’s by a few weeks. On May 22, Davis was sentenced to $3,000, 160 hours of community work service, and one year of probation in which time he cannot hunt or trap.

State Prosecutor, Aaron Peterson with the Special Prosecutions Office in Anchorage, said that they came up with the deal mainly because Ohmer agreed to testify if Davis’ case went to trial.

“The agreement was struck prior to her co-defendant pleading out and I think it explains, in some respects, the sentence,” Peterson said.

Peterson said the State sought a lesser sentence than Davis’ because Davis had a previous run in with wildlife law enforcement. Also, Ohmer was the passenger in the truck that struck the deer.

“As the less culpable party being that she wasn’t driving the truck, you know, the fact that she came forward and was willing to do the right thing in the State’s view and agreed to testify against her co-defendant gets her a bargain,” Peterson said. “In this case, that bargain is Suspended Entry of Judgement.” 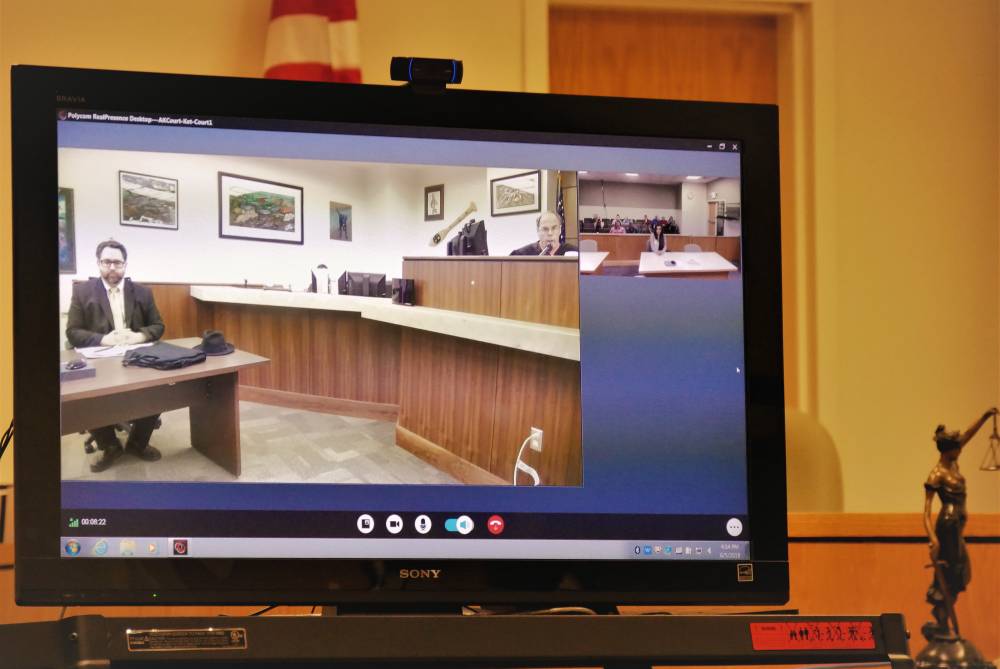 Ohmer’s defense attorney, Joe Kovak of Ketchikan, said that Ohmer is full of regret and remorse for what she did. He said she sought professional services to get help and she has bright prospects for rehabilitation.

“She, I can say, is a more mature and healthier person today because she has used the time since this was charged and between now to really reflect and be proactive in that she really did some growing and healing in seeking and getting the kind of help that she did,” Kovak said.

Superior Court Judge William Carey told Ohmer that he knows she’s already felt the effects of community condemnation. He said his job is to make sure that she never does the crime again and that others won’t either.

“Watching the video, and so forth, it was striking to me the callousness with which you and Mr. Davis undertook this action and it was really kind of appalling, Miss Ohmer, and just should never happen,” Carey said.

Carey asked Ohmer if she had any comments for the court and she simply replied, “thank you.”