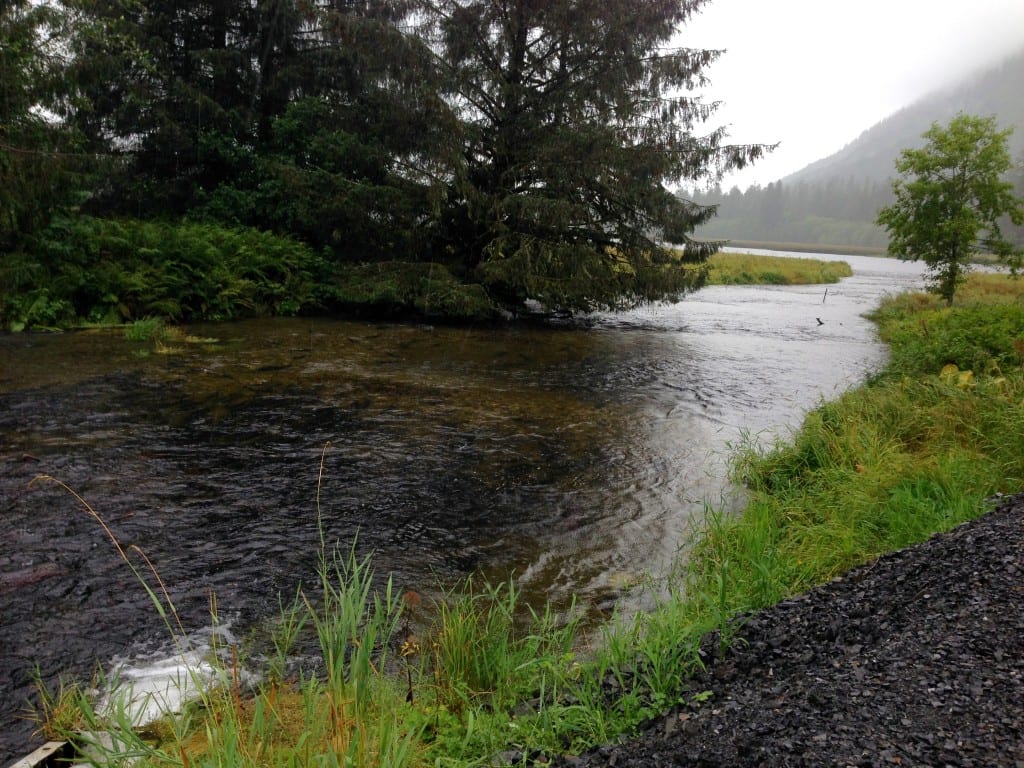 Last month was what many fear may be a new normal for those in Southeast Alaska’s sport fishing industry.

The Alaska Department of Fish and Game prohibited anglers from keeping any king salmon for two months this spring in most of the region’s inside waters. The closure was meant to conserve Chinook returning to rivers in Southeast. In June, the agency opened fishing only for hatchery kings. A couple of lodge owners in the Petersburg area seem unfazed by the restrictions, but a trade group says others in the industry are having a hard time.

Since the beginning of the month, people have been able to take king salmon from the Wrangell Narrows and City Creek. Both are sites where fish raised at Crystal Lake hatchery return after years in the ocean, so this fishing is not supposed to impact Alaskan wild stocks.

Tim Harper runs a lodge off the Wrangell Narrows, and he said the shorter king salmon season has not hurt his business: “I never had promoted the king salmon in May anyway because it was too early.”

Harper said he only really sends his guests to fish for kings in the Narrows, and before June, there are not enough salmon there to make it worth the time and money. And he said people come to his lodge for the chance to fish for a bunch of different species.

“You got rockfish, you got halibut, you got salmon, and you have crab and shrimp,” Harper said.

Wendy Yates, who owns another lodge nearby, said king salmon fishing has been pretty slow so far.

“It’s starting to pick up a little bit. We’ve had a couple of customers coming in the last few days with kings. I think the bigger tides are starting to impact it, so we’re seeing a little bit more in the terminal fishery here,” she said. “It hasn’t really affected business. People book about a year out, so they really don’t know what the rules are going to be when they come up.”

Yates did get calls this spring from a few booked guests who had heard about closures and wanted to know if they’d still be able to fish for kings.

“We told them we don’t know but we figured that the terminal fishery would still be open, you know at least for some king fishing. So they were fine with that since so much of Southeast Alaska was closed,” Yates said.

She said overall, kings are not the species that draws people to her lodge. “Most people would rather have the volume of cohos, versus the limits on kings. There’s just not as many. And you know there’s a lot of species in the river later in the summer, with the pinks and chums and cohos,” Yates said.

So for Harper and Yates, cutting back on king salmon has not been a big deal. But their businesses are really similar – both rent out boats and gear and neither lead guided trips. For salmon, they usually send their guests to the Narrows even when the other inside waters are open. So if they haven’t been affected, that doesn’t mean no one has.

Several other charters and guide businesses did not return calls but Executive Director Samantha Weinstein, who advocates for charter and lodge operators, said this year has been rough for state biologists as well as people in the industry.

“Those decisions are really hard for fisheries managers, and there’s definitely a perception of unfairness when certain management doesn’t make sense to the operators,” Weinstein said.

She explained, some on the inside waters resented that anglers could still fish this spring on the outer coast.

“Which means that during times of no retention for Ketchikan and Wrangell and Petersburg and Juneau, there’s still an opportunity to catch a king salmon if you go out fishing in Sitka or if an operator in Gustavus goes further outside… same for Prince of Wales island,” Weinstein said.

Fish and game said this was the most efficient way to protect wild stocks, because a greater proportion of the kings caught from inside waters are wild, compared to those caught on the open ocean.

Another frustration, according to Weinstein, was that operators had to tell clients about the closures on rather short notice. Some had already called the same clients in January, after the Alaska Board of Fisheries meeting. Weinstein said the restrictions announced in March were more widespread than what many had anticipated.

“They then had to make even more phone calls when the Inside Passage was closed to retention,” she said. “And both of those steps are really hard for operators because you run your business on the trust of your client and your ability to provide a really great Alaska experience.”

For some guides and visitors, catching a wild king salmon is the experience. For others like Harper and Yates and their guests, it is more about the chance to successfully catch a variety of fish. That strategy may make it easier to adjust to changes in other fisheries besides king salmon.