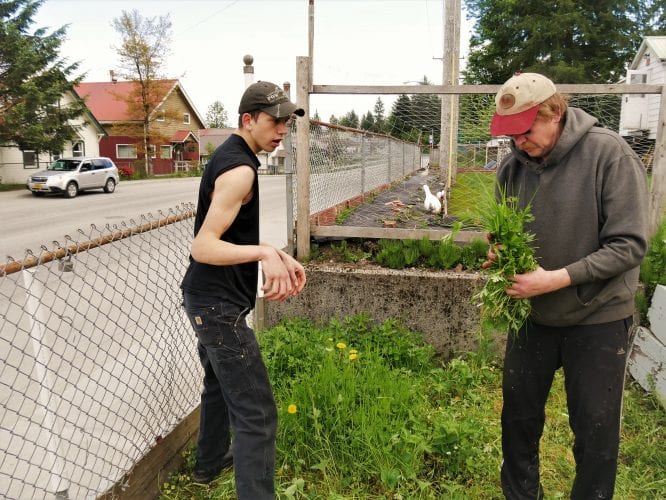 High school graduates from all over the state are taking the first steps into adulthood, whether that’s furthering their education, entering the workforce, or just exploring life. But as Angela Denning reports, one Petersburg graduate has had to overcome challenges to get to this point.

Zack Christensen is helping his uncle Lars garden. The lanky 18-year-old lives with his uncle on Petersburg’s main highway.

They’ve pulled speakers out onto the concrete front steps to listen while they work. In the corner of the yard near the road there’s a strawberry patch that’s overrun with weeds. Zack leans over and pulls out handfuls of green grass. He’s no stranger to manual labor. Staying active is actually the doctor’s orders for his cerebral palsy.

“[I] work hard so my body will build up a little bit there,” Christensen said. “Keep the muscles I need strengthened.”

He also goes to the gym to weight lift.

“Through my life I’ve learned that I just got to keep proving people wrong, that I can do all these things that I want to do and go places,” he said. 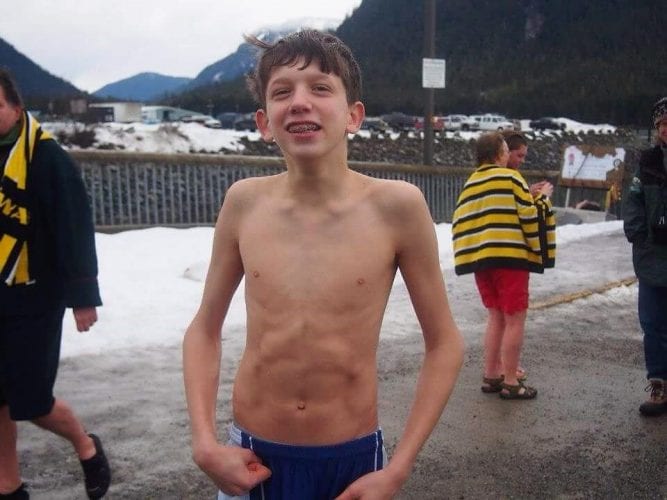 When he was growing up in Petersburg, Zack Christensen participated in the Polar Bear Plunge. (Photo courtesy of Mali Christensen)

He has big plans. He wants to start a life in northeastern Montana where his extended family lives. The town is Marion, with about 300 residents.

“I’m not a big fan of big crowds, big cities, or anything like that,” Zack said. “Just ask my mom, when I got to go through crowds, I just turn into a horrible person.”

“He’s an outdoors boy, he doesn’t like the city,” she said.

When Zack was born doctors told her he might not be able to do things like other children.

“He may not walk, he may not ever talk, he might be a vegetable,” Mali said. “And he ended up defying all the odds.” 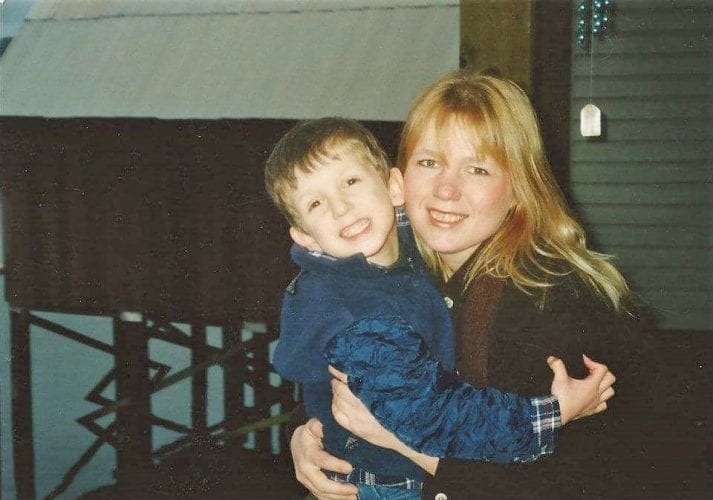 But it hasn’t been an easy road. Zack had seizures for the first six months of his life before medication ended them. Fine motor skills remain difficult, like writing. He’s relied on typing, and in school, he had an aide that he could dictate notes to.

“Carrying a plate, having a drink in his hand, anything that requires dexterity has always been a huge challenge for him,” Mali said.

Growing up, Zack had all kinds of therapy–physical, occupational, speech. And in a town of 3,000 that therapy wasn’t always close to home. In the 8th grade his mom flew him to Portland, Oregon every week for nearly a year. They’d fly down on Sunday, see doctors Monday, and return to Alaska on Tuesday.

“That was a really crazy year,” Mali said. “Zack got real burned out with flying.”

“It got pretty old,” Zack agreed.

Mali decided that traveling from Petersburg where she had family support and Zack had friends was better than moving for temporary medical care. And in the end, the therapy set him on a path to being more physically independent. He wrestled and played baseball as a teenager. He says the Petersburg school has been very supportive. And it showed at graduation, the day he got his diploma. The crowd cheered loudly when his name was called. 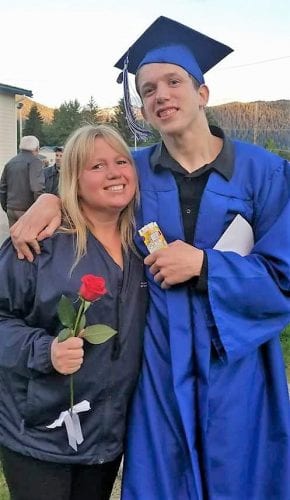 “I really appreciate it, I might not always show it, especially with this Fry, she’s always on my back a lot about grades but I’m graduating high school, probably thanks to her,” Zach said.

Cindy Fry has worked with Zack in the high school for three years through the special education department. She says Zack has a tenacious determination, not letting his disability get in the way of being successful.

“Zack does not let anything really stop him,” Fry said. “He gets his mind on a goal and he’ll make it happen.”

His goal now is to move to Montana as a diesel mechanic. He’s enrolled in a 10-month vocational technical school–AVTEC–in Seward. Zack says he enjoyed tearing apart and rebuilding a lawnmower in his high school shop class.

Fry has been in contact with the vo-tech school about Zack’s needs and says they have resources for him, like I pads for typing notes. He’ll also bring wrist weights for helping with stabilization.

She says the bigger challenge will be Zack advocating for himself. 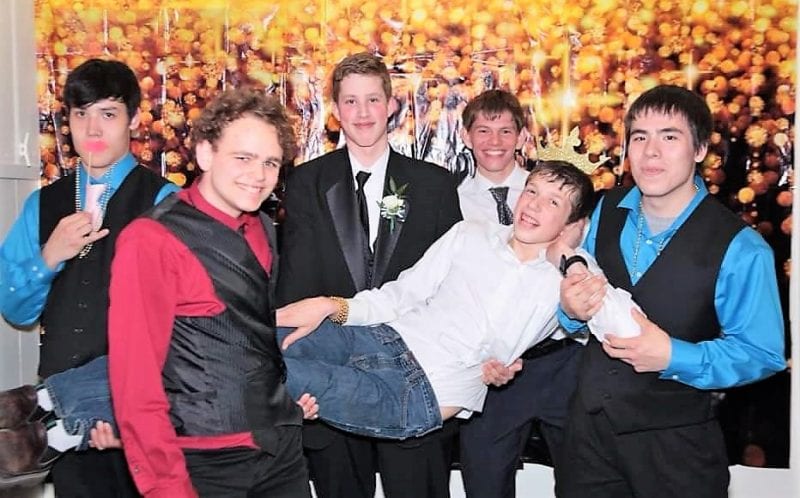 “He started off life almost losing his,” she said. “When he got it back that gave him a determination to thrive and live.”

Back in the garden, Zack says after he finishes weeding he’s going to pack for a three day camping trip with friends.

“You know, every kid needs to spread his wings, figure out where he’s going,” he said. “I’m excited, man. I’m ready to get out into the world, start the next chapter, see where life will take me.”

Zack will have some familiar company at AVTEC. Another Petersburg graduate is joining him there. This summer though, Zack will be making money at a cannery in Kasilof. With a laugh, he says he’s going to be the official tote washer there.