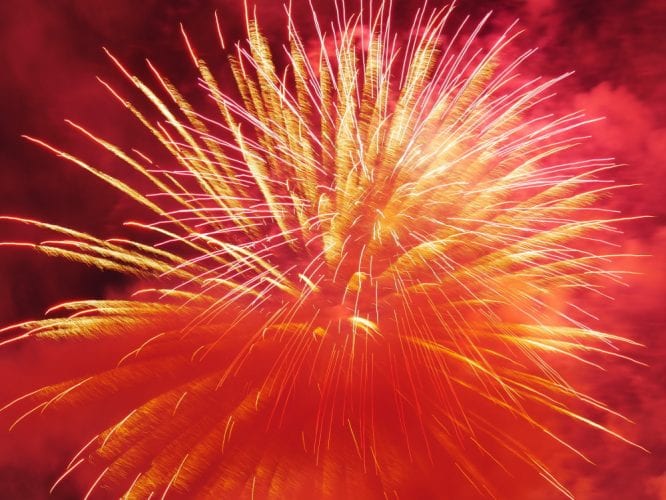 Petersburg’s Independence Day celebration will span two days next week and will see a few changes in the schedule this year. The Fourth of July festivities are put on by Petersburg Parks and Recreation, the chamber of commerce, the volunteer fire department, Lighthouse Assembly of God Church as well as multiple other groups, volunteers and businesses.

“We know that the majority of the townspeople have the day off on the fourth of July and also knowing that there’s lots of people who don’t have the time off on the third of July we’re starting the events a little bit later in the day to hopefully capture some people who have to work,” Lutomski said.

Events on Tuesday July 3rd include the scrapfish derby in North Harbor that morning and main street events hosted by the Lighthouse church in the afternoon. There are contests for eating chicken wings and hot peppers, blowing bubble gum bubbles and wearing patriotic costumes. Fisherman games are also planned along with a car and bike show.

The barbecue contest is that evening at 6 p.m. in the parking lot at the Elks Lodge. Again this year the public will be tasting and judging the entries in three categories.

The community center celebration is also the evening of July 3rd at the gym and pool. That’s followed by the fireworks display, which is a change in the schedule. Lutomski said there are a couple reasons for having the fireworks on July 3rd.

“Partially because of the volunteers who run that event would prefer it on the third but we have also thought that it will be good for other people as well as because you’re up so late on that night watching the fireworks and then a lot of people have the day off on the fourth of July so, you don’t have to be ready to go back to work quite yet,” she explained.

July Fourth features a color run and walk at 9 in the morning and the parade at 11 a.m. The parade theme this year is “Game On.”

The celebration is capped off with the herring toss starting at 5 p.m. in middle harbor. Blindfold row boat and tote races will also be held and the night concludes with log rolling at 7 p.m. 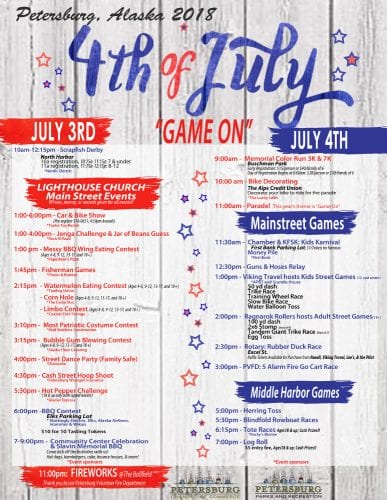