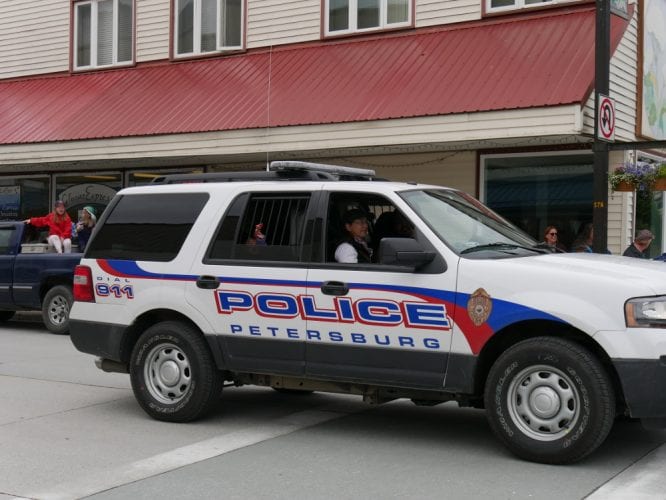 A judge has ruled against two plaintiffs in a Petersburg law suit challenging the state’s rules for sealed search warrants in criminal investigations that don’t result in any charges. The plaintiffs plan to appeal the ruling but the Petersburg borough and a former local police officer won’t be a defendant in the case anymore.

The suit seeks to challenge the state’s rules of criminal procedure for evidence seized in a criminal investigation that doesn’t result in any charges. It was brought by former Petersburg resident Danny Thompson and current resident Greg Richeson. In separate investigations involving marijuana in 2013, law enforcement obtained search warrants and seized personal property from the men.

“Both suffered delays of over four years before their stuff was returned,” said attorney Fred Triem who represents the two men. “One guy has still not gotten his stuff back but the police have offered to return it to him recently. And four years is way too long to keep things of this nature without bringing a criminal complaint.”

Officers seized cell phones, coins, guns, computers, electronics, cameras and other private property as part of criminal investigations. Police found marijuana plants in a home in one case and marijuana in the mail in the other investigation but prosecutors ultimately decided against bringing any charges.

State rules say search warrants, affidavits, receipts and inventories must be kept sealed until charges related to the warrant have been filed or four years have elapsed. A court can release those documents earlier for good cause. The plaintiffs don’t dispute the validity of the search warrants but they argue the length of time their property was held as potential evidence violated their constitutional rights.

“In any other court in the country in an enlightened court in an urban area with a court that has experience in class action litigation this case would have been certified as a class action,” Triem said. “And in fact there are numerous cases similar to this one that were certified as class actions. But it’s my dumb luck that I brought the case in Petersburg, Alaska and the court here does not understand the fundamental principles of class action litigation and therefor denied the motion. So I have to appeal.”

Triem argues that the seizure and holding of property is a way for police to punish people outside of the court process.

Defendants in the civil suit were the Petersburg borough, a local police officer and the regional drug task force Southeast Alaska Cities Against Drugs or SEACAD. A state trooper and a former head of the regional task force were also named as defendants along with the Department of Public Safety and the Statewide Drug Enforcement Unit for their involvement with SEACAD.

Assistant attorney general Marianna Carpeneti is representing state law enforcement in the case and is pleased with the court’s ruling.

“Our position is that suing the Department of Public Safety and particularly individual state troopers is not the way to effect the change that plaintiffs seem to be trying to effect with this lawsuit which is to say they’re looking for a change in the criminal rules, specifically criminal rule 37 and how search warrants are treated and the fact that they’re sealed,” Carpeneti said.

An April ruling by judge Carey found for the defendants in all but one argument. That was the dispute over whether there was an improper taking of property by the state in the time before that property was returned. On that point the case almost went to trial. However, Triem ultimately wanted to appeal the entire case in a higher court and didn’t oppose the state’s motion to rule against him in that argument as well.

Tim Bowman represented the borough in the case. His legal fees are being paid by the borough’s insurance carrier.

“It I think was difficult for them to face this kind of a lawsuit where they’re being accused of some rather salacious things that simply weren’t true,” Bowman said. “This was a dedicated police department doing its best to effectuate the law within its jurisdiction. We’re just pleased now that we have this matter behind us.”

The plaintiffs and the borough have come to agreement on a settlement that will end the borough’s involvement in the case. The borough will pay 6,000 dollars to the two men, the equivalent of the value of property held during the investigation. Bowman said the borough isn’t admitting any wrongdoing and calls the settlement a business decision to get out of the case rather than continue to defend it.

“The borough certainly has done the best that it can with the resources that’s available to it,” he said. “They reach out to other agencies for assistance in this matter. And frankly sometimes these kinds of cases are difficult for small town police departments to investigate and prosecute.”

Attorneys for the defendants and the judge pointed out that the plaintiffs didn’t pursue the existing process in criminal rule for earlier return of their property. The plaintiffs’ attorney says they did seek to unseal the search warrants before the four years elapsed but were denied. The suit had been scheduled to go to trial in superior court this month.