Petersburg borough relies on outside firm for computer security 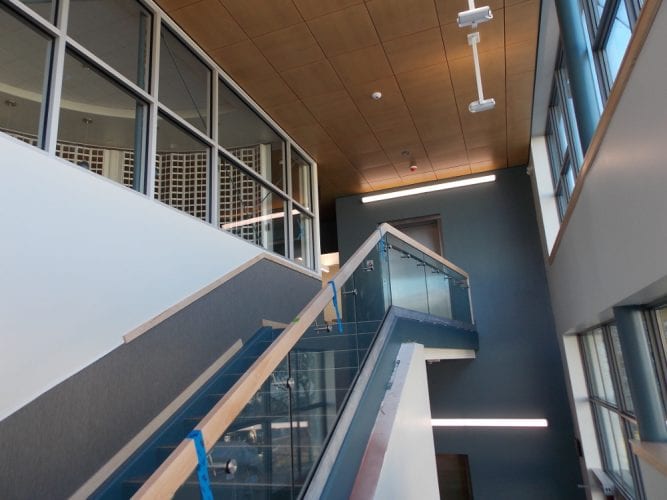 In light of two recent cyber-attacks on other municipalities in Alaska, the Petersburg borough has checked with the outside company that manages its computer network.

A virus took down phones and computers in the Matanuska-Susitna borough and the city of Valdez in late July. Petersburg’s borough manager Steve Giesbrecht explained that a company called P-C-S in Des Moines, Iowa manages Petersburg’s servers and network.

“They can afford to have really solid network engineers and security people on staff where it’d be really hard for us to do that internally,” Giesbrecht said. “So that’s kinda the first call we made once we heard about the Mat-Su borough and Valdez, it was OK, how do we stand? So we’re in good shape at the moment. We are planning to maybe upgrade our firewall in the future, just because, it’s kinda coming around to that time and there are some changes that have happened that might make it better for us.”

A firewall is a security system that aims to protect borough computers from hackers, viruses and malware. Officials in Mat-Su thought the virus found its way into that borough’s computers with an employee clicking on a link through an unknown email. Giesbrecht acknowledged that happens more than he’d like to think.

“You know an employee, or a department head, anybody will get an email that looks a little suspicious and we will forward that on to our IT folks who then will say, Oh wow yeah this is a bad thing and then we’ll get a broadcast email back out to everybody saying if you get one of these don’t click on it,” Giesbrecht said. “And they pre-emptively do some of that too, where if there’s something going around across the U.S. we’ll get a broadcast from them that says hey let your employees know this is going around don’t click on this.”

Giesbrecht thinks the borough is being as pro-active as it can be but acknowledges there is always the risk of hacking. He says the borough backs up all of its information every night off site, so the borough network and files could be recreated if needed. Petersburg is also moving more of its data to the Cloud, or a secure site on the internet. The borough also doesn’t store credit card information on its computers but relies on an outside vendor to hold that sensitive information.