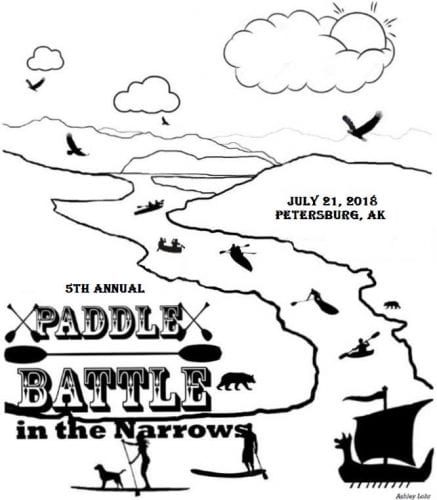 Petersburg Medical Center raised seven thousand dollars from this year’s Paddle Battle that will go to staff education. Thirty-eight kayakers and one paddle boarder joined in the trip up the Wrangell Narrows in mid-July. Hospital spokeswoman Kelsey Lamb said a local bank was raising money for the medical center at the same time.

“First Bank held a fundraiser for us that went hand in hand with the Paddle Battle,” she said. “So they auctioned off survival kits the week before the paddle battle and then held a big event the week after. So we ended up having 25 thousand that’s now going towards staff education.”

The Petersburg Medical Center Foundation manages these funds, and staff members already submit proposals for continued education. Lamb said there are five ready for review right now. The medical center’s new CEO Phil Hofstetter said those who pursue trainings and certifications can add to the services available in Petersburg while advancing their own careers, and he would like to see the program develop.

“Whether it’s dietary or whether it’s cleaning – there are certifications to achieve to receive a certain level of care, for example. And then using some of those programs so there’s more continuity within the hospital is something I’d like to see, and maybe putting some structure around it would be the ideal way to present it to the foundation,” Hofstetter said.
He added, the money may also lead to work study or other programs for high school students or adults looking to work in the field. Hofstetter said there’s reason to invest in people who live in Petersburg.

“It certainly lends itself to a higher quality of care when you have people who live here, and they work here, and they have families here, and you build off of that,” he said. “In my mind that’s extremely valuable from a quality standpoint.”

Another success of the Paddle Battle, he said, was that it got people moving. The hospital is planning a Halloween run for kids this fall.