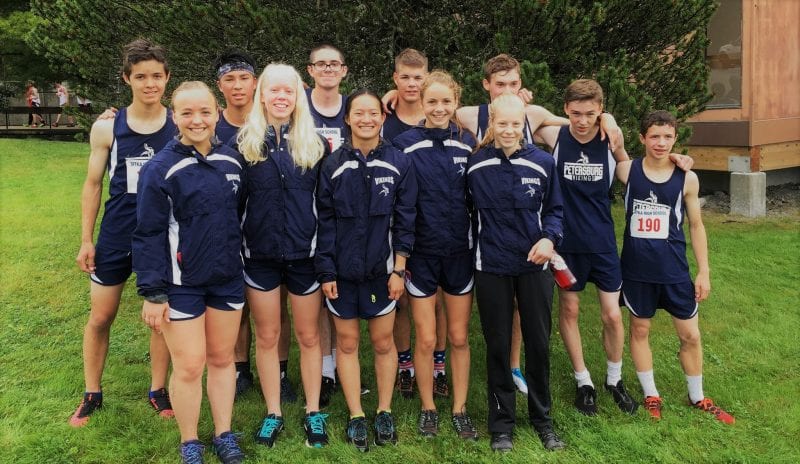 Petersburg senior Tolin Eddy won for the boys and sophomore Maia Cowan won the girls’ event. The meet was in Metlakatla and also included teams from Ketchikan, Wrangell, Craig, Klawock, and Hydaburg.

Tolin Eddy led the boys with a time of 18 minutes and 4 seconds. Maia Cowan led the girls with a time of 20 minutes and 10 seconds. But it wasn’t just a good meet for the two leaders. The girls’ team took the top three spots and won the meet. Kendra Coonrad finished second and Melanie Chase third. Eva Lenhard took 12th, Lydia Martin 18th, Annie Christensen 20th, and Leesa Murph 22nd.

Coach Tommy Thompson spoke with KFSK’s Angela Denning about the meet. He said he expected the team to do well but it was a first for the double wins.