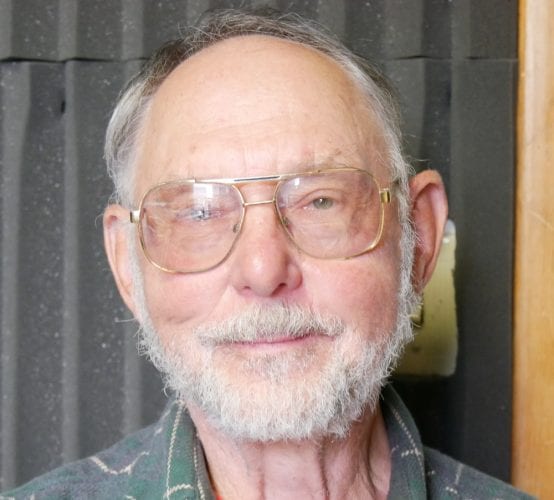 Voting day for Petersburg’s municipal election is less than a month away and in-person absentee voting starts at the borough clerk’s office this Wednesday, September 12. The only contested race on the borough ballot is a six-person race for two seats on the assembly. In fact it’s the second year in a row with a six person race for two seats. KFSK is profiling the six candidates running this fall, starting with former assembly member Bob Lynn.

Bob Lynn is 72 and calls himself semi-retired after a 30-year career with the U.S. Forest Service. He was on the borough assembly from 2013-2017 but lost his re-election bid last year. Lynn thinks there are a few basic questions that the borough is going to have to answer in the near future.

“You know I don’t think that oil prices are going to go back to where they were in their former days,” Lynn said. “And so I think that puts a different burden on we as a borough and how we’re going operate and I think there’s some questions there in my mind that we’re going to have to face and at least the borough’s going to have to face in the near future. You know how do we pay for and maintain our infrastructure and how do we maintain a quality of life that we’ve all come to enjoy?”

Lynn is concerned with keeping up basic infrastructure, like water, sewer and electrical service and making investments in those borough services would be his top priority for projects.

As for big new projects, Lynn doesn’t think the borough can bond for the cost of a new hospital building.

“I also think there needs to be more interaction between the hospital board and the assembly in order to come to some kind of a conclusion,” he said. “It cant be an either or. If that’s taking place, it’s not very visible right now. I really think that needs to be done before you’d come to some kind of conclusion. Do we need something else? Yes, I think we do. What that is, I don’t know for sure.”

Lynn was the assembly’s representative to the hospital board and on Petersburg’s land selection committee. He was also on the charter committee before the formation of the borough. He’s been on the board of the Southeast Alaska Power Agency for nearly a year. He also served on a statewide policy committee for the Alaska Municipal League. He points to his experience of almost 40 years working in a management job, his background working on the Tongass National Forest including time as a hydrologist.

He’s also volunteered his time on maintenance and construction projects at KFSK and the Children’s Center. On that project he and others worked for over a year to help build an addition. It’s not the only work he’s done there.

“This past spring we put in a brand new kitchen for the Children’s Center, just tore everything out and put in brand new,” Lynn explained. “Luckily they were able to get a grant to pay for the materials but all the labor, and the community in some respects helped pay for the materials and stuff for that, we did it all for free. I’ve reworked some of the dock at Papke’s (Landing). And some other folks here in town I’ve done work for that simply didn’t have the money to pay for it so to speak.”

Lynn and his wife live in Duncan Canal. He thinks it’s important to have someone on the assembly from outside of the old city limits. He wishes there was a dedicated seat for that, but that was something the charter committee discovered couldn’t be done.

The current assembly has been short-handed in the summertime as several members are fishing or traveling. Lynn says he missed only a few meetings in his four years on the assembly and doesn’t see missing many more if he’s elected.

Lynn has created a website for his assembly campaign.