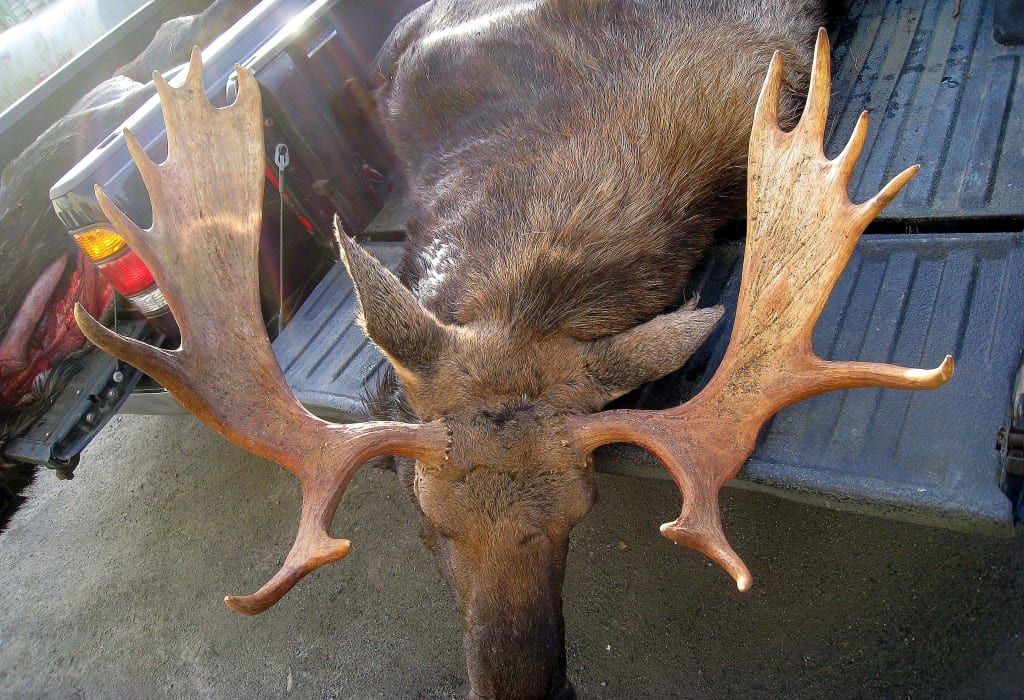 A legal moose harvested in 2016 lays in the back of a truck. Photo courtesy of ADF&G

The fall moose hunt opens Saturday near Petersburg, Wrangell, and Kake. It’s an antlered hunt for bulls only. Hunters must register to participate.

The hunt is managed by the Alaska Department of Fish and Game. State biologists rely on the antler restrictions and a month long season to manage the hunt because they don’t have enough information on the moose population to use other methods such as harvest quotas. They can’t conduct traditional research like aerial surveys. The local forest is too dense to see through except for the Stikine River drainage.

Moose harvests have been up recently seeing a steady increase for most of the past six years. Last year 117 bulls were killed. That’s the most on record since 2009, when this kind of restricted antler hunt started.

The hunt for Unit 3 and 1-B runs September 15-October 15. The area includes much of the central southeast islands and mainland.