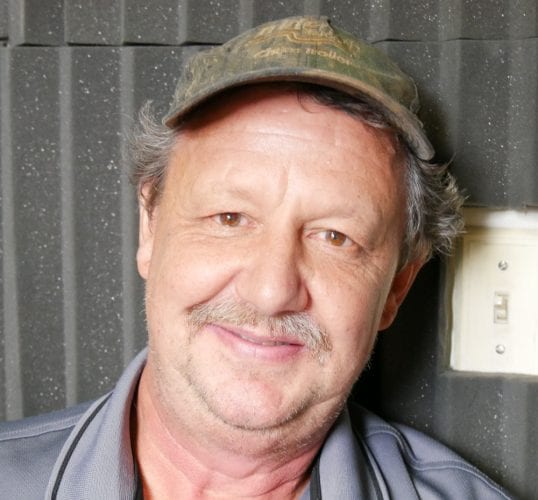 There are now only five local residents running for one of the two open seats on Petersburg borough assembly this October. One candidate is a former member of the Petersburg City Council who wants to limit borough spending and says he’ll bring some historical perspective to the assembly.

58-year-old Marc Martinsen was born and raised in Petersburg and graduated from the high school in 1978. He has worked as a commercial fisherman since 1976 and just does that part time these days. This year he’s doing some work for the Petersburg Indian Association. He’s also worked on many harbor projects as part of the family business.

“Jim and Donna (Martinsen) are my mother and father, who most of their life built and maintained Tamico Inc. where we built harbors,” he said, adding, “built the ferry terminal down here, South Harbor, harbors all over Southeast, did that part time in between fishing since the mid-70s.”

Martinsen has run for assembly twice before, coming in third in a three-person race for two seats in both 2014 and 2016. As for why he’s running, his reasons for are the same as those other attempts. He recalls an interview he watched with Fred Rodgers of childrens television fame.

“And the question came up to him, why did you get into television and his answer was simple. It was because he didn’t like what was on TV. And that’s kind of where I’m at. I just don’t like what’s going on. It’s just silliness and spending, spending’s way out of control I think,” Martinsen said.

To that end, Martinsen said there are many places to cut spending in the borough government. “To me the department heads I think are making a tremendous amount of money,” Martinsen said. “It needs to be looked at. While the municipal employees are not even keeping up with inflation barely. You could have a five percent, or just freeze spending at its present levels. That’ll get you a long ways. You can’t do anything about the union contracts because they are what they are. Anyone retiring or leaving the city working for us, maybe take a good look at (if) that job is really necessary. Do we need this? Can we get by without it?”

The list of assembly decisions he disagrees with is long. They include the reorganization of the electrical department finalized earlier this year and the renovation of the municipal building completed in 2017. He said its past time to hold off on any new buildings or public works projects and he doesn’t think the community should pursue a new hospital building or a renovated facility.

“Unless somebody changes my mind I think we just keep it going the way it is,” Martinsen said. “It’s a lot of money…and we don’t have it.”

Martinsen was on the city council from 1996 through 1999 and 2002 through 2003 and says he would bring historical perspective to the assembly. One example he brings up is the current dispute between Mayor Mark Jensen and assembly member Jeff Meucci over representation for Southeast Conference, the regional economic development organization. Martinsen said he and then mayor Meucci attended a Southeast Conference meeting in 1997, after the city’s voting member John Johnson had resigned his seat.

“And for 3-4 months before the conference there was no discussion about who was going to replace him or what was going to be discussed,” he explained. “For whatever reason I got their first to sign in and I was handed the voting cards. And the mayor then who was actually for all intents and purposes was in the minority at the time wanted me to give him the voting things and I asked him well, why? Well, because he was the mayor. If he had asked nice I probably would’ve given it to him. Being my little mischievous self I didn’t.”

Martinsen explained that history has repeated with Meucci now seeking a Southeast Conference board seat and mayor Jensen, among a minority of the current assembly, opting not to back him.

As far as assembly attendance, Martinsen says he has time for meetings now that he’s not fishing as much and prefers meetings at night.