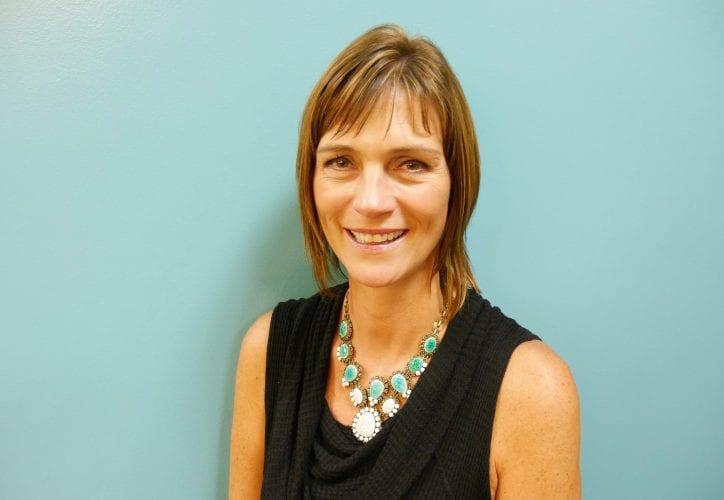 Erica Kludt-Painter is the Superintendent of the Petersburg School District. (Photo by Angela Denning/KFSK)

It’s the second year that the state has used PEAKS for its main assessment. It stands for Performance Evaluation for Alaska’s Schools. Students are scored on a scale of four categories: advanced, proficient, below proficient, and far below proficient.

Petersburg students in grades three through ten took the test this spring and the school district has received the results back.

Superintendent Erica Kludt-Painter told the school board that there are a lot of areas to improve.

“Our schools continue to perform above average and they have really always performed above average. So what do you take from that?” Kludt-Painter said. “Clearly, though, there are still always kids and subgroups that require additional drilling down to figure out what we need to be doing to provide enough support to bring them up to grade level if they’re not there.”

Kludt-Painter says the PEAKS test is different than others because it happens only one time a year and shows only one part of a student’s growth. She says the schools and parents should keep the results in perspective.

“It’s not a tool really to use for specific instructional improvement because it’s a broader brush,” she said.

A different test that the district relies on for showing growth throughout the year is MAP or Measures of Academic Progress. The district tests students on it three times a year. It’s done on a computer and is much more individualized. It’s adaptive and changes the questions according to the students’ answers and abilities. School Board President Mara Lutomski says she likes it as a parent.

“The test can understand their level so if they’re answering all of the questions boom, boom, boom, boom, boom, it will level up for them and it’ll get harder so that it really gives a clear picture of what they can achieve,” Lutomski said. “And if the test questions start out too high then it can level down for those students as well. And so the teachers get that information back and can pin point individuals. ‘Okay, this child is reading at a third grade level but his math skills are at a fourth grade level or vice versa, anywhere on that range.”

Most school districts in the state use MAP and it’s possible that the State of Alaska will eventually use it instead of PEAKS for the statewide assessment. Kludt-Painter says MAP didn’t have the capacity for that just a few years ago when the State started using PEAKS. But that’s recently changed and some states are considering using MAP for all accountability—local, state, and federal. Nebraska has already started using only MAP for assessments as a pilot project.

“I think there’s a case to be made that we may be able to move that direction, which I think would help kids see a lot of value, parents too, and certainly teachers who are interested in the information. But [PEAKS] takes three more days so it’s always that instructional struggle,” Kludt-Painter said. “We all know that it’s important—it’s critical—to know how our kids are doing but it takes a lot of time.”

Getting rid of an annual assessment like PEAKS would save the teachers and students three days of testing every spring.