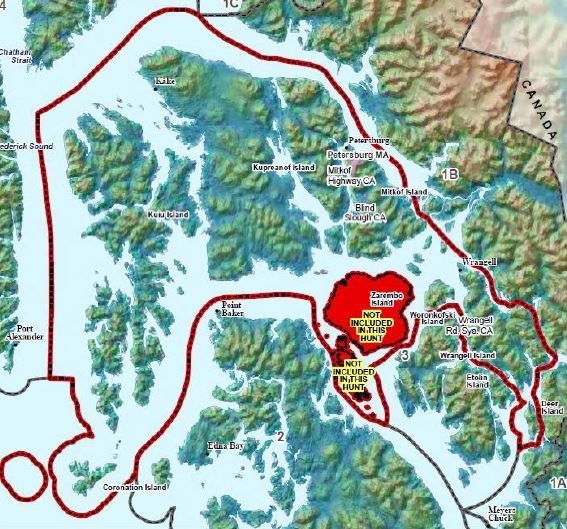 The Alaska Department of Fish and Game is closing elk hunting on many, but not all, of the islands in central Southeast Alaska around Petersburg, Wrangell and Kake. The emergency closure for most of game management unit 3 takes effect just before midnight, Thursday, November 1st. Fish and Game is concerned about the elk herd on Zarembo Island between Petersburg and Wrangell. State managers suspect that hunters are killing elk on Zarembo and Etolin Island west of Wrangell and reporting them in the general season in the rest of the game management unit, or not reporting them at all.

The state transplanted elk from Oregon on Etolin Island, west of Wrangell in 1987 and the transplanted animals spread to nearby Zarembo Island. Hunting seasons on both islands were opened a decade later.

The Board of game in 2013 voted to close the hunting season on Zarembo Island. Prior to that year, the season had been shut down by emergency order since 2008 because of low elk numbers.

Elk harvest numbers in recent years have been low, just six last year on Etolin Island in drawing permit hunts and three in the registration permit hunt. Since 2004 only around 10 elk have been reported killed in the general season in the remainder of the unit.