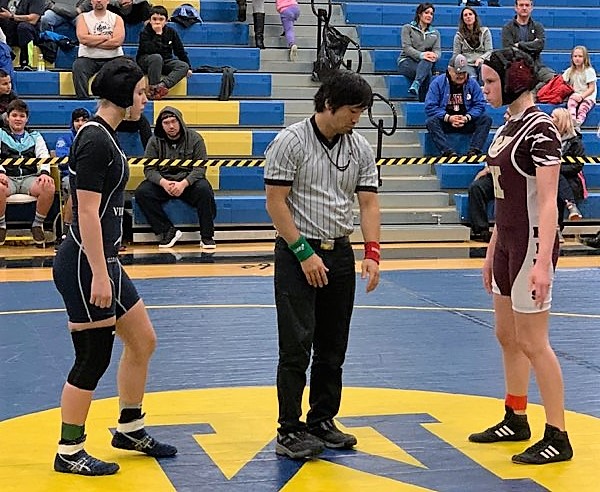 Ruby Massin (left) gets ready to wrestle an opponent at a meet in Metlakatla, Nov. 3. Massin has a record of 16-1 so far this season. (Photo courtesy of Rachel Newport)

Petersburg High School’s wrestling team has been on the road the last few weeks, competing in Metlakatla last weekend and Ketchikan the week before.

The team took fifth place in both meets—against 11 teams in Ketchikan and nine in Metlakatla. But Petersburg’s head wrestling coach, Dan Van Swearingen, says he doesn’t pay attention to team scores, not until the regional tournament. For now, he’s focusing on individual performances and those are looking good.

The regional wrestling tournament is December 7-8 in Juneau.

State wrestling is December 14-15 in Anchorage.