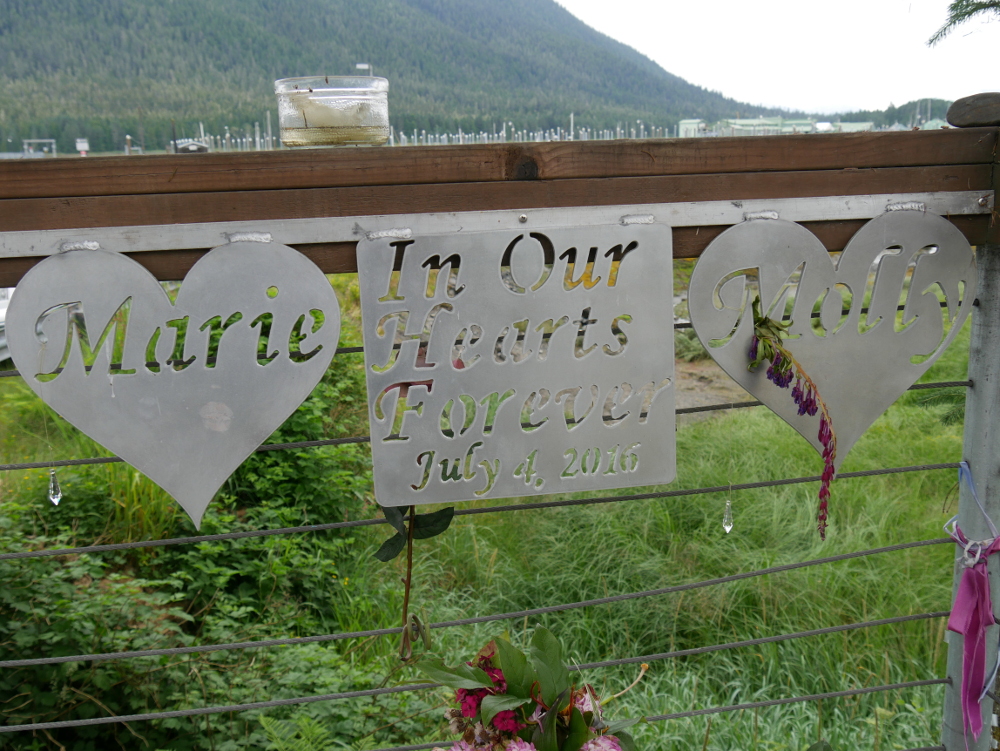 The jury trial in a wrongful death lawsuit against the Petersburg borough for a July fourth 2016 fatal van wreck has been scheduled for early 2020. The borough, state of Alaska and driver of the van, Chris Allen, are being sued by the estate of Molly Parks, one of the two young women killed in that crash.

At a scheduling conference Monday, superior court judge William Carey scheduled a trial start for January 13th of 2020. The judge and attorneys in the case agreed to set aside 12 days for the trial, the equivalent of three weeks because of shortened courthouse hours.

Parks, who was 18, along with 19-year-old Marie Giesbrecht, the daughter of Petersburg’s borough manager, died in the crash on the morning of July Fourth just south of downtown. Allen, who was 23 at the time was driving and he survived, along with a third passenger Catherine Cardenas who was also 19. All four were working for the borough’s Parks and Recreation Department. They were setting up for a recreational running and walking race as part of the borough’s Fourth of July celebration and were in a borough van when it went off South Nordic Drive and flipped.

The lawsuit alleges that Allen has a seizure disorder and ignored doctors’ orders not to drive. It also alleges that the Petersburg borough knew about Allen’s seizures and ignored multiple warnings from doctors and from borough employees that he shouldn’t be driving. The suit contends Allen was told to drive by his employers.
In court filings, the borough’s attorney Alfred Clayton denies that any doctor told the Parks and Recreation Department that Allen shouldn’t be driving. Clayton has filed a motion to dismiss the lawsuit. He argues that QUOTE “the estate has not alleged fact sufficient to prove that Petersburg actually and specifically intended to harm Molly Parks.” UNQUOTE. Carey will have to decide on whether the case should be dismissed or continue on to trial.

The lawsuit has been amended to include the state of Alaska for the construction, reconstruction and maintenance of South Nordic Drive. It argues that the height of the guard rail at the point of impact was only 26 inches above the road. The plaintiffs contend that if the guard rail had been built higher it is more likely than not the van would not have vaulted over the rail.

In court filings, Stephanie Moore senior assistant attorney general for the state denies any liability. Attorneys for both the borough and driver of the van argue the suit is not allowed because Parks was a worker for the borough and covered by worker’s compensation law. They argue her estate is only entitled to pursue compensation through that system exclusively and not through a separate court action.