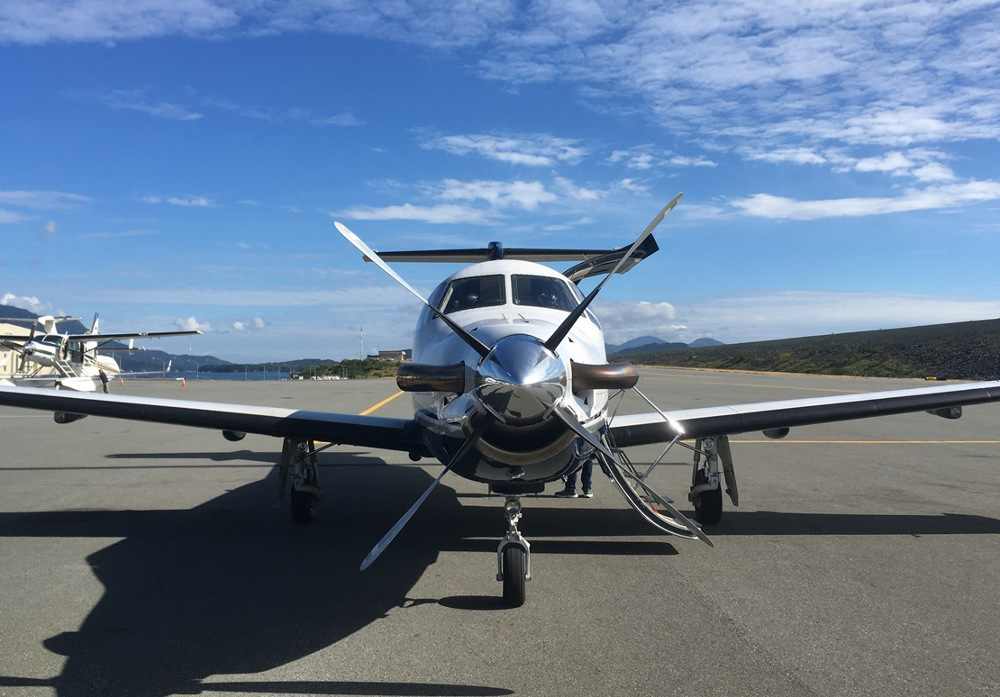 An Island Air plane sits at Ketchikan’s airport in August of 2018. (Leila Kheiry/KRBD)

After just nine months, a small airline in Southeast is ending scheduled service to Petersburg and Juneau. Island Air Express is discontinuing scheduled stops in the two communities on January 15th.

Scott Van Valin, co-owner and director of operations, said there was not enough passenger demand on those flights. “When you peel everything back, our attempt to do this operation and that route, I can’t see we can look back and say if we had only done this it would’ve worked,” Van Valin explained. “You know we put the best equipment, best pilots, everything that was required to make this a quality service in place and it’s just the one component that is the most important component is the passengers and unfortunately enough to sustain it.”

The airline offered a scheduled same day round-trip between Petersburg and the capital city. There are no changes planned for the Ketchikan-Klawock service, which the company has offered for about a decade. Van Valin explained that Island Air didn’t want the new service to jeopardize that established connection.

“We’ve seen many air carriers in the past in Alaska not follow that procedure, that idea or the concept and basically take a long-term company that was operating for many successful years and within a year a new idea can topple it all down,” he said. “That’s kind of why we are not willing to attempt much more is that was kind of the game plan.”

Island Air will still do charter flights around the region. Van Valin said it was a difficult decision to end flights to Petersburg.

“You know I’ve lived on Prince of Wales for 30 years and have been to Petersburg quite a few times and never got super involved and I can tell you from our time last spring until now I now can see why Petersburg has always been considered a really neat, tight community because everybody we came in contact with during the past nine months were just extremely outgoing, friendly and welcomed us into the community,” Van Valin said.

The company has six planes and 24 employees in Ketchikan and Klawock.