The state’s Board of Game opened up a five-day meeting in Petersburg Friday. They’re meeting to decide over 50 proposed changes to hunting and trapping regulations for Southeast Alaska.

Petersburg mayor Mark Jensen welcomed the board and staff to town. “Welcome to Petersburg everyone and thank you for using Petersburg for this venue,” Jensen said. “I see a lot of staff people in the room and enforcement. I’d also like to thank you for the time that you dedicate to this process. I personally think this is probably one of the most open processes in the country, the way there’s advisory committees from throughout the regions and different communities that give you information and all the information you have to digest to make these decisions for the people that utilize our resources.”

One notable absence – the U.S. Forest Service. Employees of that agency are furloughed during the partial government shutdown. Normally the federal agency would be offering input during the state board meeting. The Forest Service manages much of the land where people are hunting and trapping in the region. 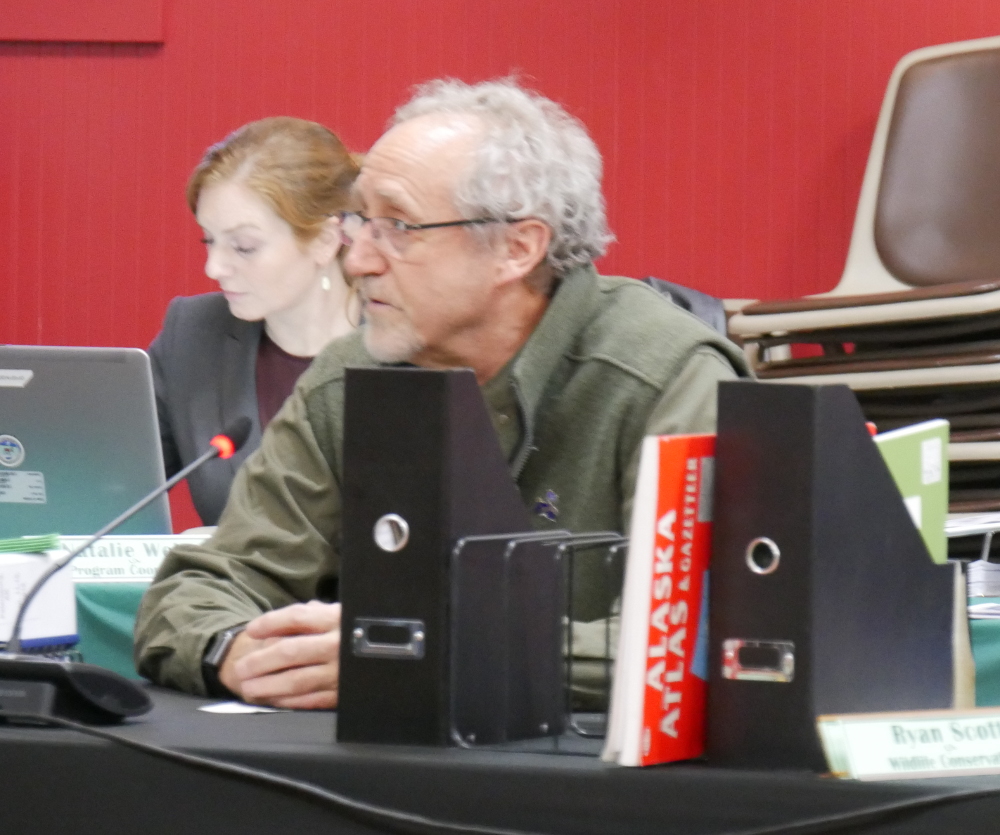 Doug Vincent-Lang acting commissioner of the Alaska Department of Fish and Game addresses the Board of Game Friday, January 11, 2019 in Petersburg. (Joe Viechnicki/KFSK)

The board did hear from acting Fish and Game commissioner Doug Vincent-Lang. “I think the governor and I share a couple really key priorities that we’re working on together,” Vincent-Lang said. “One is food security for Alaskan families and one of my goals is to increase food security. When I look at especially in the Anchorage area, Nelchina caribou and (game management) unit 16 moose are really how Alaskans put food in their freezers and on the plates of their families. So, I’m not opposed to doing active management and continuing to manage those resources to ensure that we’re able to feed our families in Alaska. Another thing that I’m interested in doing and the governor’s interested in doing is protecting the state right to manage.”

Vincent-Lang recently penned a 41-page memo to the acting Interior secretary asking for less federal control of wildlife management in the state. He also told the board and audience he wanted to ensure there would be the next generation of hunters, fishers and trappers. Vincent-Lang also served as director of the state’s Division of Wildlife Conservation and worked as a state fisheries biologist.

The board currently has only six members, with one member, Teresa Sager Albaugh of Tok resigning in December. On Friday the board heard reports from staff with the Alaska Department of Fish and Game and comments from the public. The meeting is scheduled to run through Tuesday.