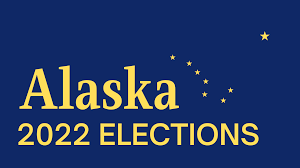 It’s Election Day in Alaska, and Alaskans are voting in both the primary election and special U.S. House race.

Got questions? We’ve got answers.

Am I going to get a mailed ballot?

Only if you applied for one by Aug. 6.

Can I vote in person?

Yes, dozens of government offices and community centers across Alaska have already opened for early and absentee voting. You can also vote in your precinct on Tuesday.

Petersburg polling is in the Parks & Recreation Community Center open 7 am to 8 pm.

What are we voting on?

Tuesday is the regular primary, and nearly every state and federal office is on the ballot. Voters will pick one candidate in each race that they’d like to see advance to the November ballot. You can see a sample ballot here.

Also, Tuesday is the special U.S. House general election. Alaskans will choose — through the state’s first ranked choice vote — who will serve in the U.S. House for the rest of the year.

Why are there two separate sections on the ballot for the U.S. House of Representative candidates? There is a lengthy list of candidates on the front of the ballot and then some of the same names are on a pared-down list on the back?

That’s because this is two elections on the same piece of paper.

The lengthy list on the front side of the ballot shows the candidates vying in the primary to serve the next full term in the U.S. House. Pick one.

On the flip side are three names. These are the winners of the special primary we had in June. The winner will serve the remainder of the late Congressman Don Young’s term.

Is this a ranked choice election?

Only for one race — the special general election for U.S. House. The candidates are Republicans Nick Begich III and Sarah Palin, and Democrat Mary Peltola. There are also several candidates running write-in campaigns. The most high profile is Republican Tara Sweeney. You can choose one candidate as your No. 1 and rank the others.

Remember: All the other races are primaries. Voters can pick no more than one candidate per primary race.

I only like one of the candidates in the special U.S. House race. Do I have to rank the others? Will my vote count if I just vote for just one person?

You can vote for just one and your vote will count. If that candidate loses, do you prefer one of the remaining candidates over the other? If so, you should rank that person as your second choice.

READ MORE: No, you don’t have to rank candidates you don’t like. Here’s why you should anyway.

The candidate I like isn’t on the ballot. Can I write in his or her name?

Only general elections have a blank for write-ins. In August, you’ll only see the blank on the ballot for the special U.S. House election, since it’s a general. Write-ins will only count if you choose someone who has registered as a write-in candidate.

How do I know who the write-in candidates are in the special election?

Will we know who won the special election on election night?

No. Ballots postmarked by the Tuesday, Aug. 16, deadline will continue to arrive for 15 days. After that, the Division of Elections will determine which U.S. House candidate came in third. The ballots that went to that candidate will be reallocated according to the voter’s second choice, if there is one. Whichever candidate of the remaining two got the most first- and second-choice votes will be certified as the winner on Sept. 2.

What about the primary election? When will we know who won?

Each primary race will have up to four winners, because the top four finishers will advance to the November ballot. Unofficially, we’re likely to know who the four winners are in most races by Wednesday morning. Of the races for state House and Senate, just one — House District 35 in Fairbanks — has more than four candidates. Only one legislative candidate will lose this primary.

Is there an official election pamphlet for the special general election? Where can I learn more about the candidates’ positions?

The Division of Elections doesn’t have an official election pamphlet for the special House race, but it does have statements for all three candidates here, under the section for the 2022 Primary.

Find all of our election coverage at alaskapublic.org/elections and sign up for our free weekly elections newsletter here.

Do you have a question that we missed? Email reporter Liz Ruskin at lruskin@alaskapublic.org.

Editor’s note: This story was originally published Aug 2. and was last updated Aug. 16.