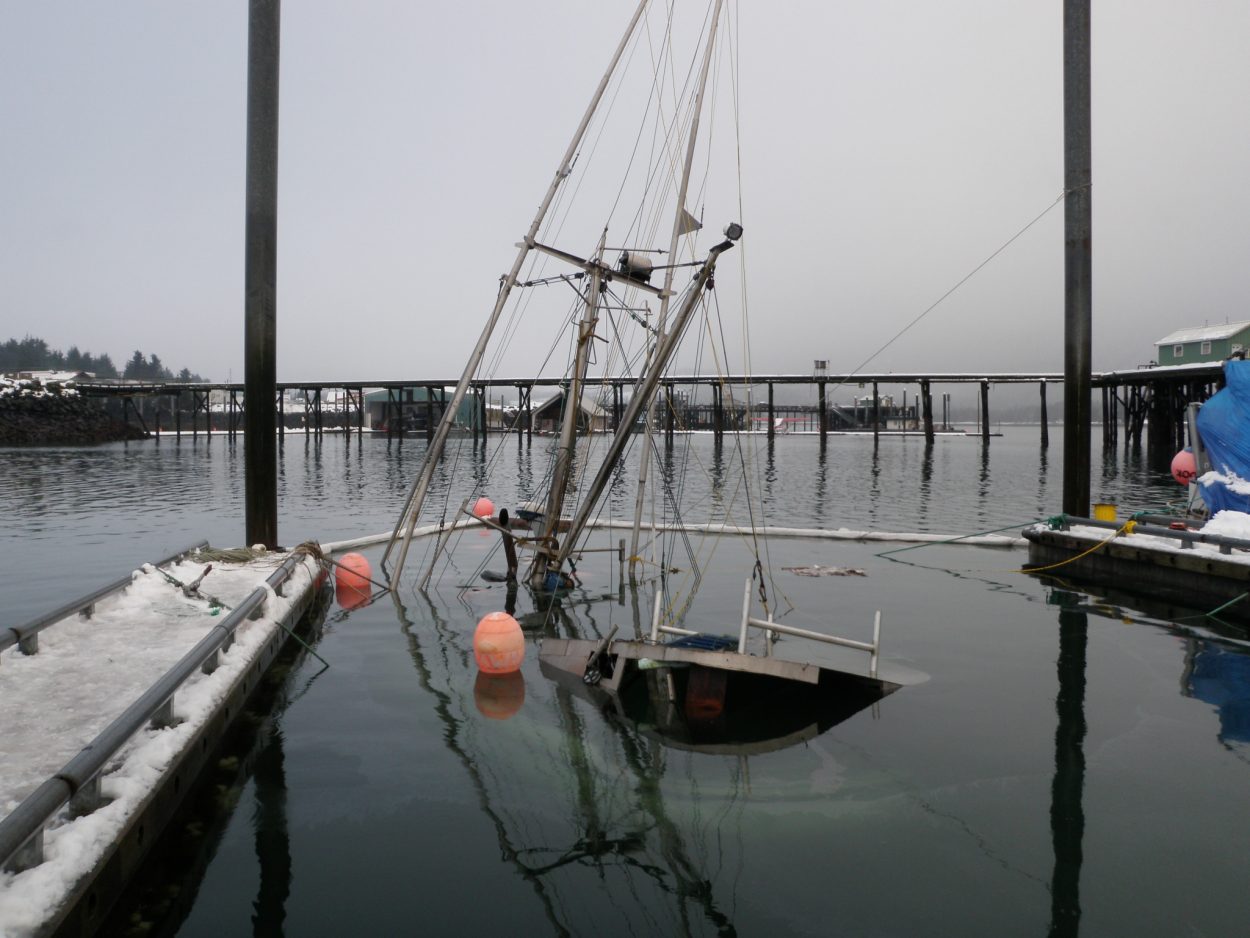 Two Petersburg men are safe after escaping from a capsized fishing vessel in Petersburg’s South Harbor Sunday afternoon. The 40 foot wooden troller “Dawn” rolled over in a big, outgoing tide near the end of the harbor’s southernmost moorage float. Owner Kenny Olson had pulled out of his stall and was making the turn to leave the harbor when the vessel went over to starboard and flooded. Olsen said he was able to climb out the wheelhouse window and make it off the vessel to the dock. Mike “Chewey” Mika was out on deck and had to jump in and swim for safety in the frigid water. He said it took every bit of strength he had to pull himself out onto another vessel moored nearby. The two men were down at the harbor Monday morning, where another vessel owner helped them salvage gear. Olson said he had no insurance on the vessel.
Harbormaster Glo Wollen said harbor staff, the salvage vessel RB and a local diver were able to right the Dawn and move it into a vacant stall where it remained Monday morning. The vessel was still mostly underwater but upright with its trolling polls and other rigging exposed. An oil-absorbent boom was in place at the end of the stall and a light sheen of oil was visible on the surface. 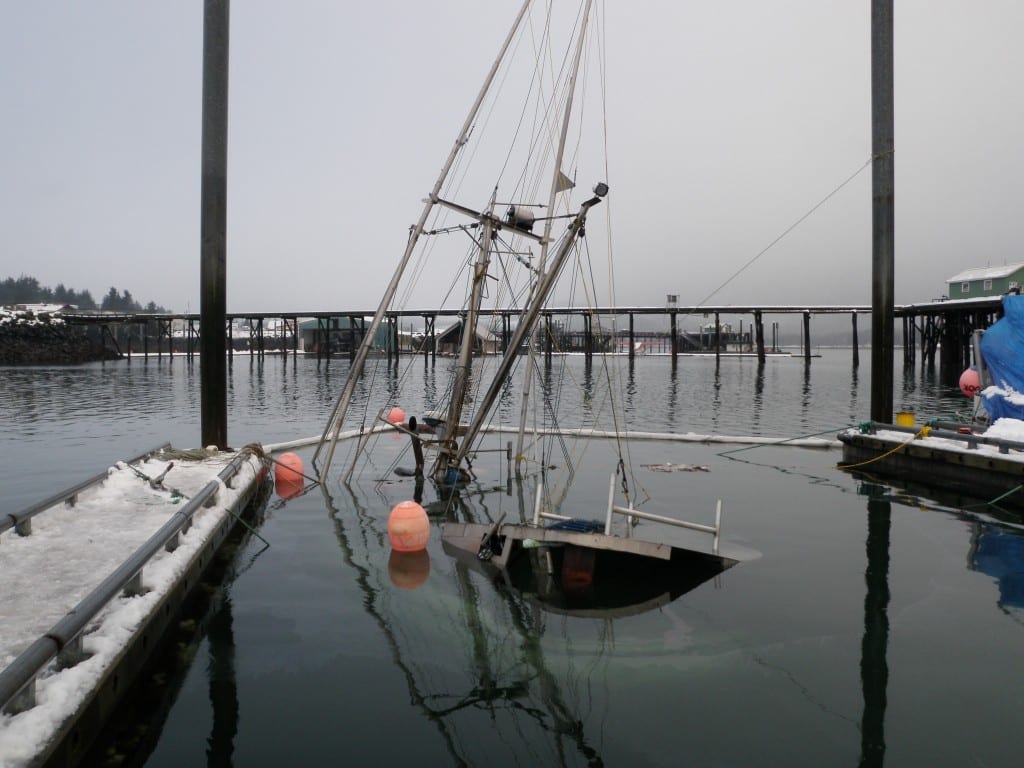