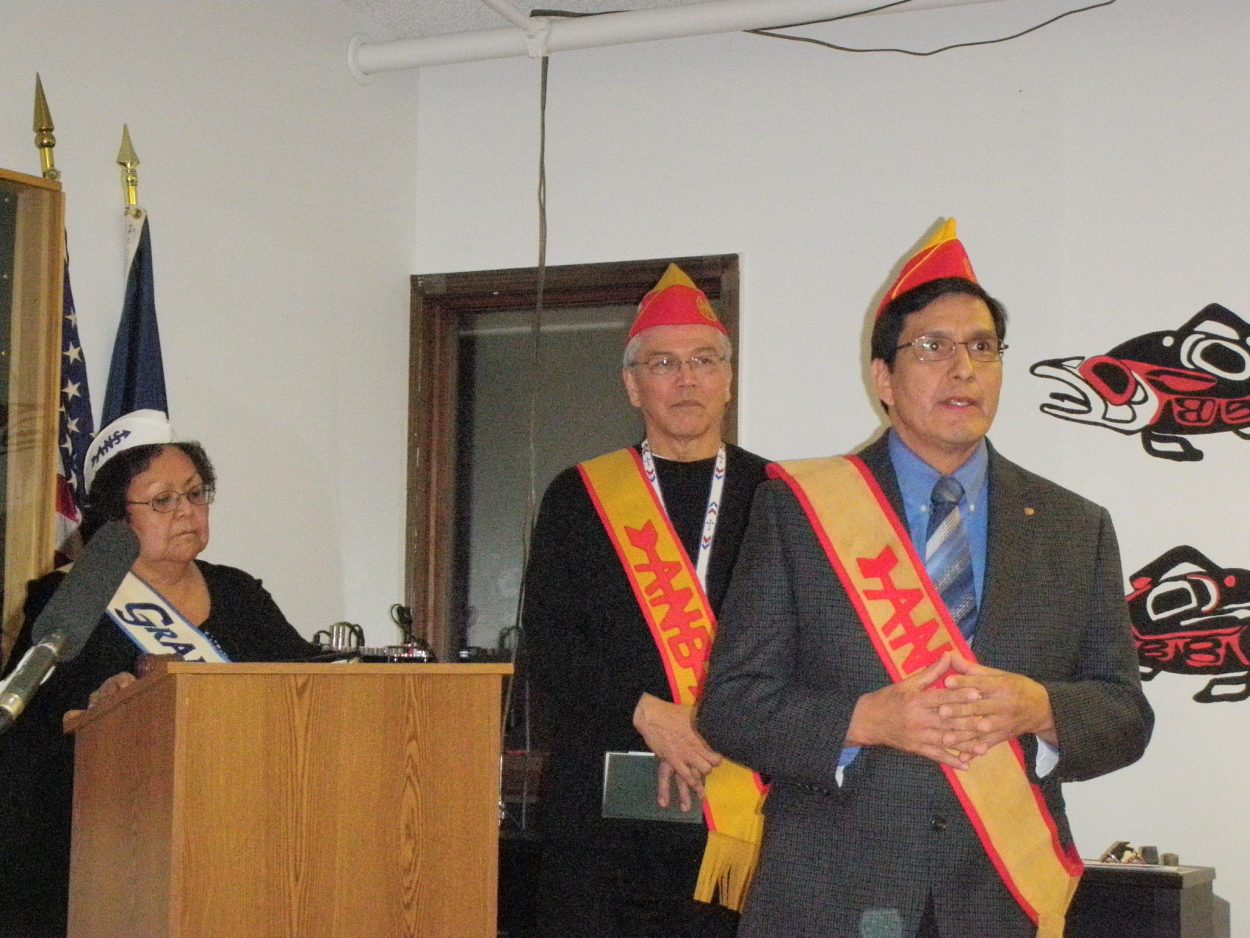 When the Alaska Native Brotherhood and Sisterhood hold their 100th anniversary Grand Camp Convention next year, it will be under one constitution. The social and civil rights organizations have always worked together, but under different governing documents. During this fall’s Grand Camp convention in Klawok, ANB and ANS delegates voted to share the same, updated constitution while keeping their status as separate organizations. Earlier this month, several Grand Camp officials visited Petersburg to swear-in the local ANB and ANS leadership. Matt Lichtenstein took the opportunity to speak with ANS Grand President Mary Brown of Klawok, Treasurer Marvin Adams of Anchorage, ANB Grand Vice President Sasha Sobellof of Juneau and ANS Grand Sgt. at Arms Brenda Louise of Petersburg. In a lengthy interview, they discussed the significance of the constitutional change as well as their thoughts about the upcoming 100th anniversary. (Note, this is the extended audio which lasts about 38 minutes) 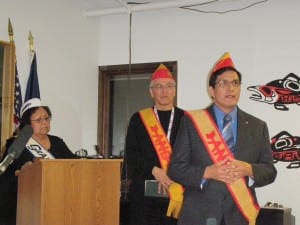