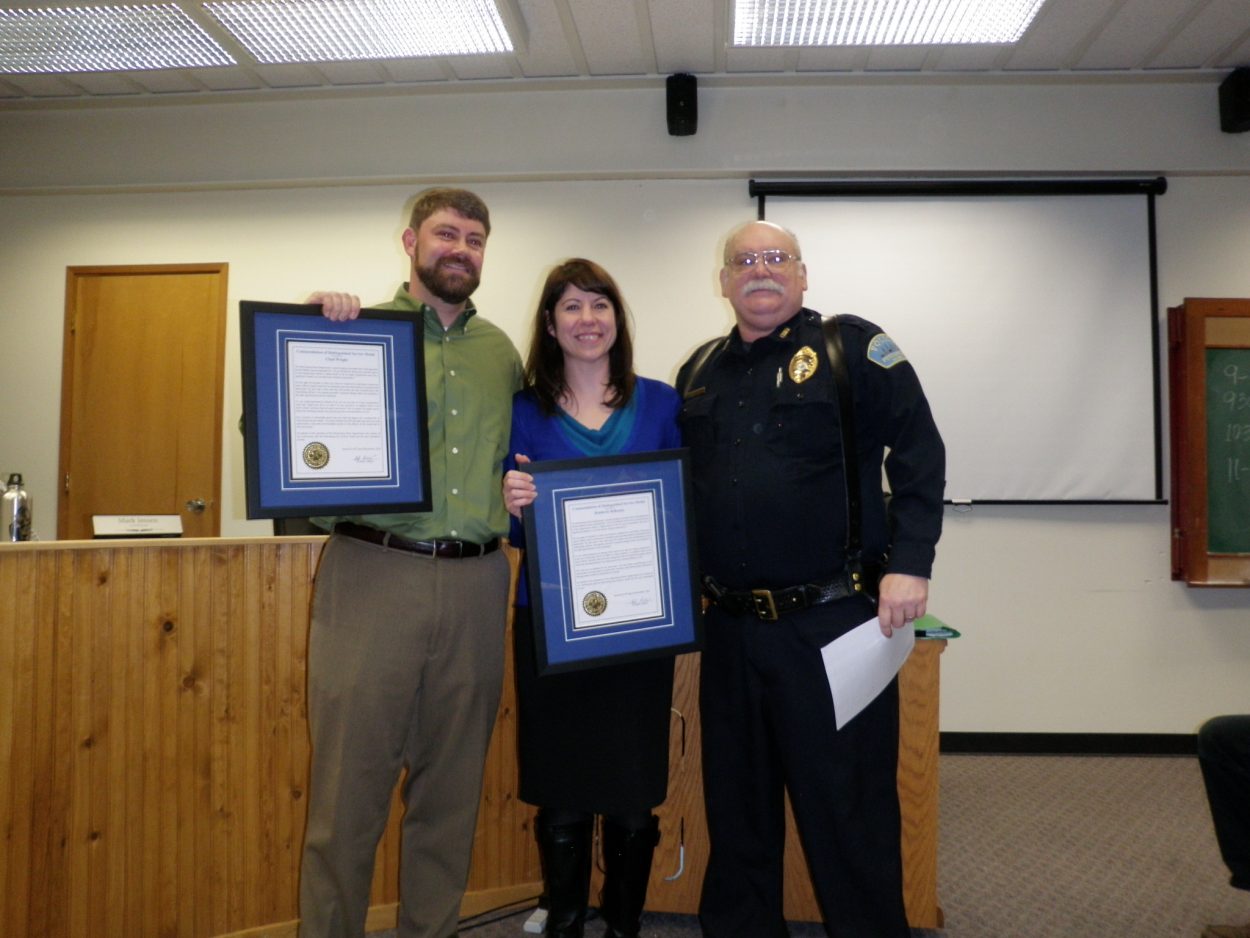 “Kimberly chose to respond to a call where numerous police officers had to confront an individual who was described as intoxicated and depressed. He also had a rifle, had shot off rounds and was threatening to kill the responding officers. You placed yourself in physical danger when you assisted the safe apprehension of the individual. It is an understatement to declare that such an act was of major proportions since you risked your life to save another’s,” Dwyer said.

While Kilkenny has long served as a mental health counselor in Petersburg, Wright’s commendation noted that he had just arrived in town when the incident occurred.

“Your conduct is remarkable given that you had just begun employment at Petersburg Mental Health Services. You were literally just off the boat and went out and performed a risky and commendable service.” 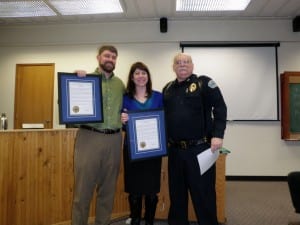 “If we were king for a day, there would be more awards given out to yourself and other members of your department. You have chosen to do it quietly and with combination and I think that’s mostly because you were also there. But I think who need to be commended for their conduct that night were not only those that have been awarded but yourself, Captain Hamilton, Officer Jerod Popp, Officer Kalin Pitta-Rosse who were all present and all put their lives at risk. Officer Derek Thorsen and Trooper Cody Litster were also present and trying to assist but there’s only so much room on that narrow highway and officer Alice Williams still wants to know why she wasn’t called out, I understand,” Hoag said.

Hoag also credited Dispatchers Brian Kilkenny and Patrice Huettl as well as Emergency Medical Service Volunteer Valerie Allen, who responded as well. Another officer, Heidi Agner, received a Medal of Honor from the Mayor and City Council earlier this month for her role in the response.

No one was hurt in the October incident. The suspect, 30-year-old Jace Cunningham, remains in custody on charges of third degree assault against a police officer. He has pleaded not guilty.