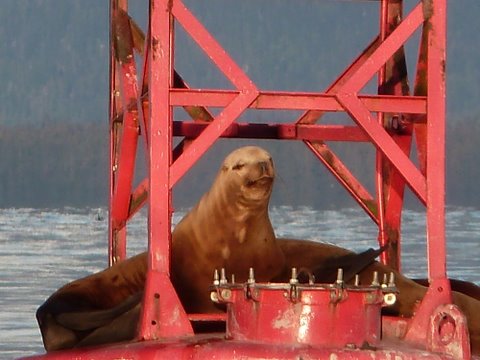 An ordinance prohibiting the disposal of fish scraps in Petersburg’s harbors got its first of three approvals from the borough assembly Monday. The assembly also voted to keep purchasing and bidding requirements for the borough staff “as-is” and approved a contract for the property tax assessor.

For iFriendly audio, click here:
The new ordinance language only allows fish cleaning at the remaining designated cleaning stations and prohibits disposal of fish waste within the inner waters of the harbors. It’s a first step toward dealing with aggressive sea lions in that have grown fat on the heads, guts and bones normally thrown into the water by sport and commercial fishing fleets. 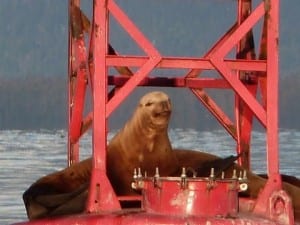 “We would put the personal responsibility back on the person to take care of their waste,” said harbormaster Glorianne Wollen. “And in the case of the north and the middle harbor, they could simply take that and walk it out to the end of the float and dump it, where there’s lots of current, that kind of thing, at the fish cleaning station and at the launch ramp, that will require them, if they’re not going to take it home and use it for fertilizer or do something with it, that they would probably get back in their boat and dump it outside of the inner harbor. So that’s where we were going with this, personal responsibility.”

The new sea lion feeding language is part of a larger update on the borough’s ordinance on harbors and it was a recommendation of the harbor board last month. It passed the assembly in first reading by a 5-0 vote, with mayor Mark Jensen and assembly member Kurt Wohlhueter not at Monday’s meeting.

In other action, the assembly approved the first reading of an update to ordinance language on purchasing, but not without changes to the proposal. Borough staff had drafted language to boost the unapproved purchasing limit for department heads from $5,000 to $10,000. Another change would have allowed the borough manager to make purchases up to $50,000 without assembly approval, up from $30,000. And a third change would not have required seeking competitive bids for purchases below $50,000, instead of $30,000.

Assembly member John Havrilek said he trusted manager Steve Giesbrecht and his staff but did not favor those changes. “Again, the staff we have now, I have no qualms at all about but since this will be a permanent ordinance, whoever comes next, I don’t know, I didn’t have that kinda faith in the person before Steve,” Havrilek said.

Havrilek moved to amend the proposal to keep spending limits at their current levels, five thousand for department head purchases and 30-thousand for manager purchases and as a limit for competitive bidding requirements. That amendment passed by a 5-0 vote, as did the amended ordinance. Both that and the harbor ordinance need two more approvals before they take effect.

It was also unanimous for two separate contracts with assessor Mike Renfro. He’ll be paid up to 40-thousand dollars for assessment work within the old city limits, and up to 70-thousand for work in the new borough area outside of city limits.