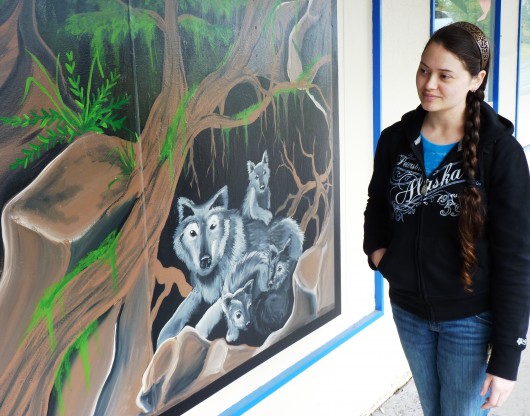 It’s on the front wall of The Trading Union, to the right of another mural she painted earlier this summer.

CoastAlaska’s Ed Schoenfeld visited with Wales at the mural site. Here’s part of that interview. 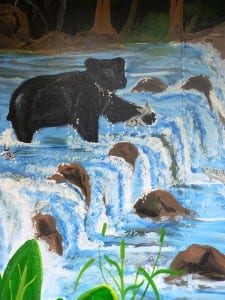 Wales also created a mural for the Parks and Recreation Department, which she donated to help let people know about her art.

Wales is originally from California and moved to Petersburg last year. 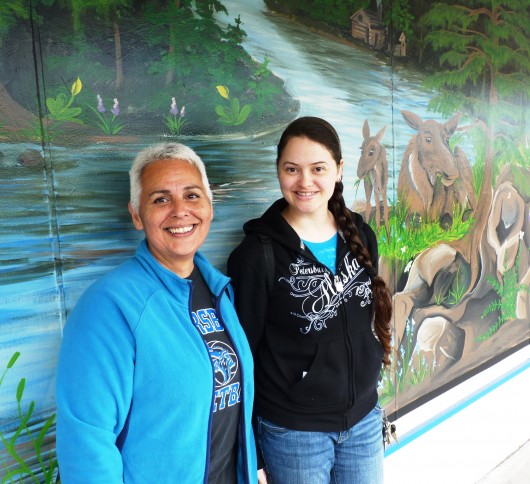