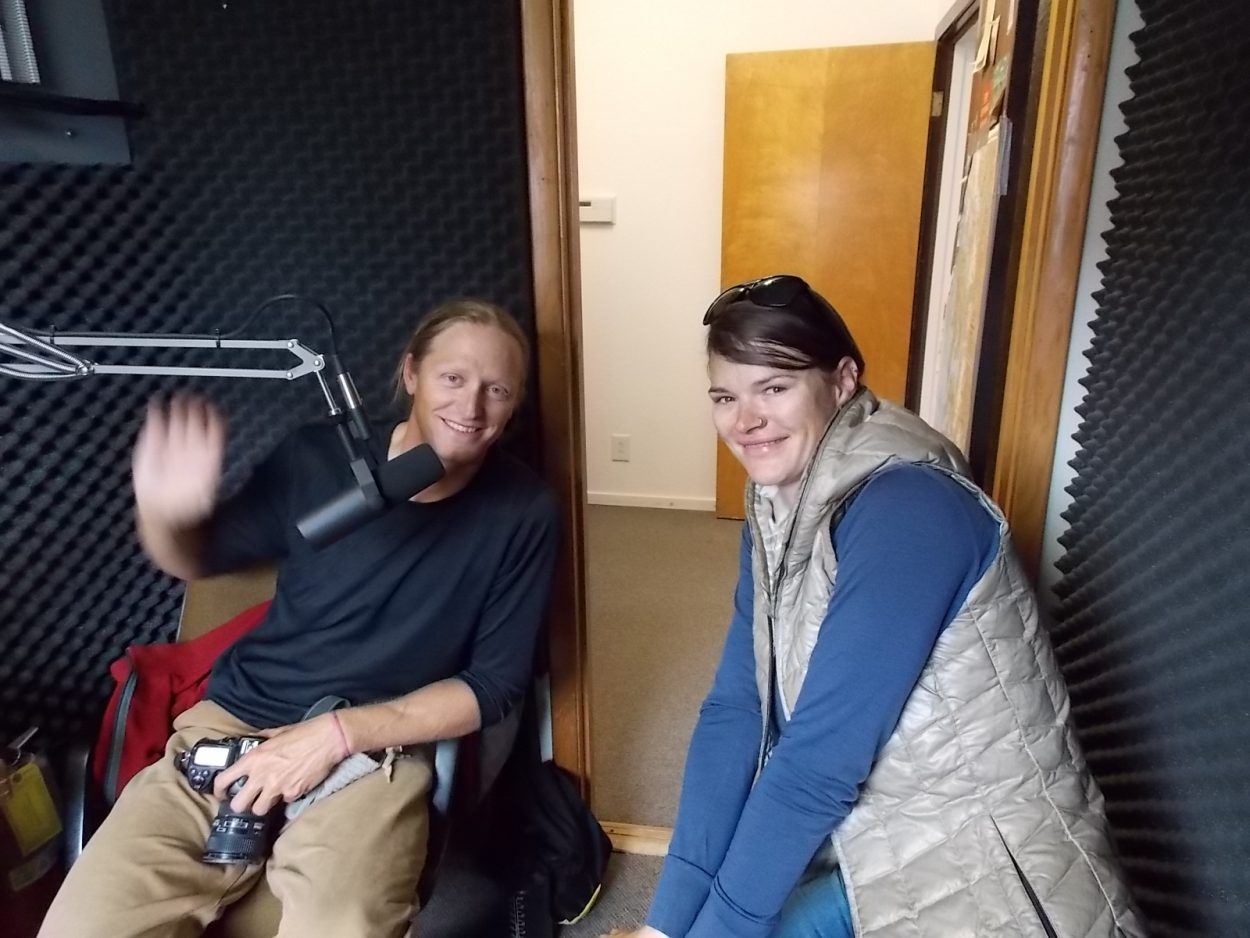 A team of two people filming ice and glacier research high above Juneau this summer recently came down off the ice and visited Petersburg. Mira Dutschke, originally from South Africa, and Jeff Barbee, who hails from Colorado, spent seven weeks filming scientists studying the glacial ice above the Capitol City with the Juneau Icefield Research Program. The program trains university and high school students in Earth Sciences and wilderness survival as they spend eight weeks crossing from Juneau to Atlin, British Columbia. Dutschke and Barbee stopped by the studios of KFSK and Joe Viechnicki asked them about how they first got involved in the project. 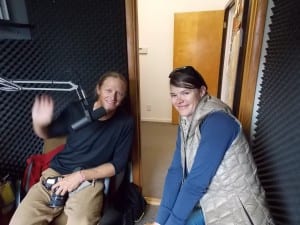 For iFriendly audio, click here:
Find out more about the research and training program at juneauicefield.com or view a short film done by Barbee and Dutschke on link television.