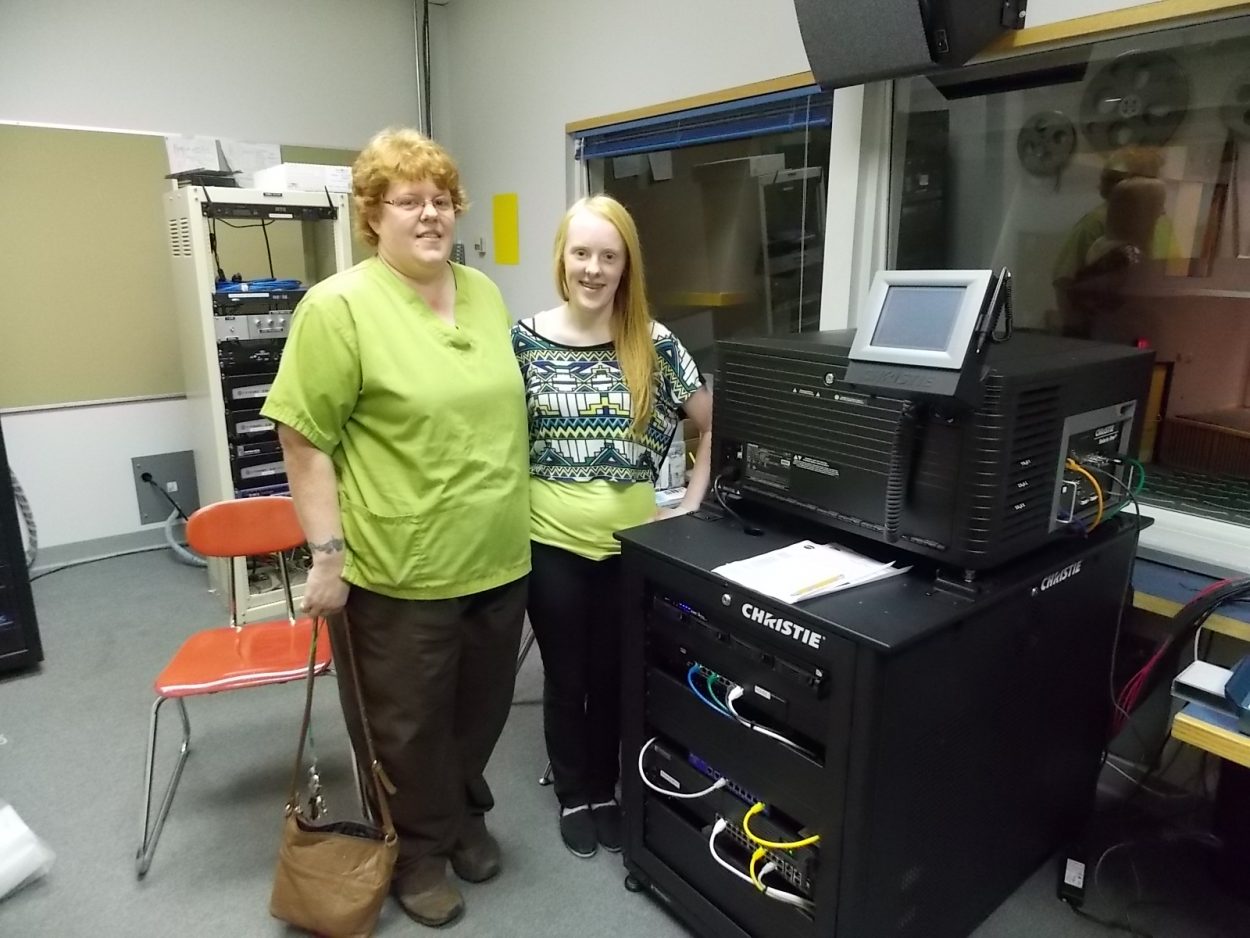 The student-run organization was created with the help of a state grant in 1997. As the industry phases out 35 millimeter film, the digital equipment will allow Northern Nights to continue showing first-run movies. To find out more, Matt Lichtenstein spoke with Theater Manager Anne Tate, and her daughter, Sarah, who is president of the theater’s student board. 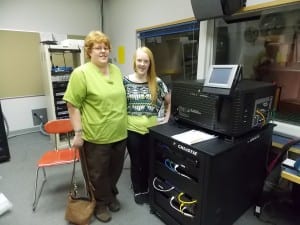 Theater Manager Anne Tate and daugher Sarah next to the new digital projector.