Halibut catch-sharing plan about to begin 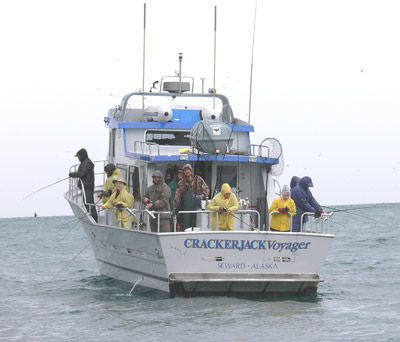 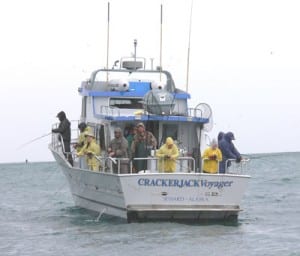 Most halibut charter boat operators will be working under a new regulatory system next year. They expect their clients will get to keep fewer fish. But they’ll also be able to purchase the opportunity to keep more.

The National Oceanic and Atmospheric Administration just announced it will implement what’s called a catch-sharing plan starting next year.

It covers charter halibut fisheries in Southeast and central Gulf of Alaska waters, known as regulatory areas 2-C and 3-A.

Julie Speegle is a spokeswoman for NOAA Fisheries.

The current system sets a guideline harvest level for the charter fleet. Officials say that failed to prevent overfishing as the charter sector grew.

The new plan instead allocates that fleet a percentage of a combined catch limit, which also includes the commercial harvest. Commercial fishermen have long been regulated by such limits, which rise or fall each year depending on the estimated size of the halibut population. 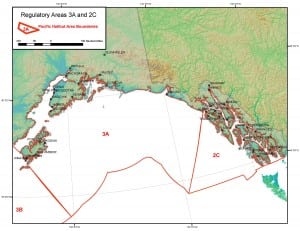 Heath Hilyard is executive director of the SouthEast Alaska Guides Organization, a regional charter-fishing coalition. He says the plan will have an impact on his industry.

“And this year, even there’s been an uptick in abundance in area 2C, it’s still going to translate into somewhere in the neighborhood of about a 30,000-pound decline in our overall allocation for 2014,” Hilyard says.

That’s about a 4 percent reduction.

Hilyard says the catch-share plan will affect central gulf charters – from Southeast’s Cross Sound to the far end of Kodiak Island — more than those in the Panhandle.

“We’ve already taken a fair number of hits over the past four to five years. So they’re now facing today what we were facing five years ago,” he says.

For instance, Southeast charter clients have been limited to one halibut a day instead of two since 2009.

The catch-sharing plan has been on the table for years. It’s bounced back and forth between regulatory agencies and the courts – and continues to have critics.

Commercial fishing groups have pushed for the plan as a way to scale back the charter catch.

Kathy Hansen is executive director of the Halibut Coalition.

“The halibut catch-share is a compromise that was developed. And it’s as good as the commercial sector’s going to get for an allocation that reflects the abundance of the halibut resource between the two sectors,” Hansen says.

“The catch-sharing plan includes a mechanism for transfer between sectors that allows a charter operator to lease a small amount of halibut quota from the longline quota shareholder to offer more harvesting opportunities to a client who may want to harvest a second fish when there’s a one-fish bag limit in place,” Behnken says.

The plan will take effect at the start of 2014.