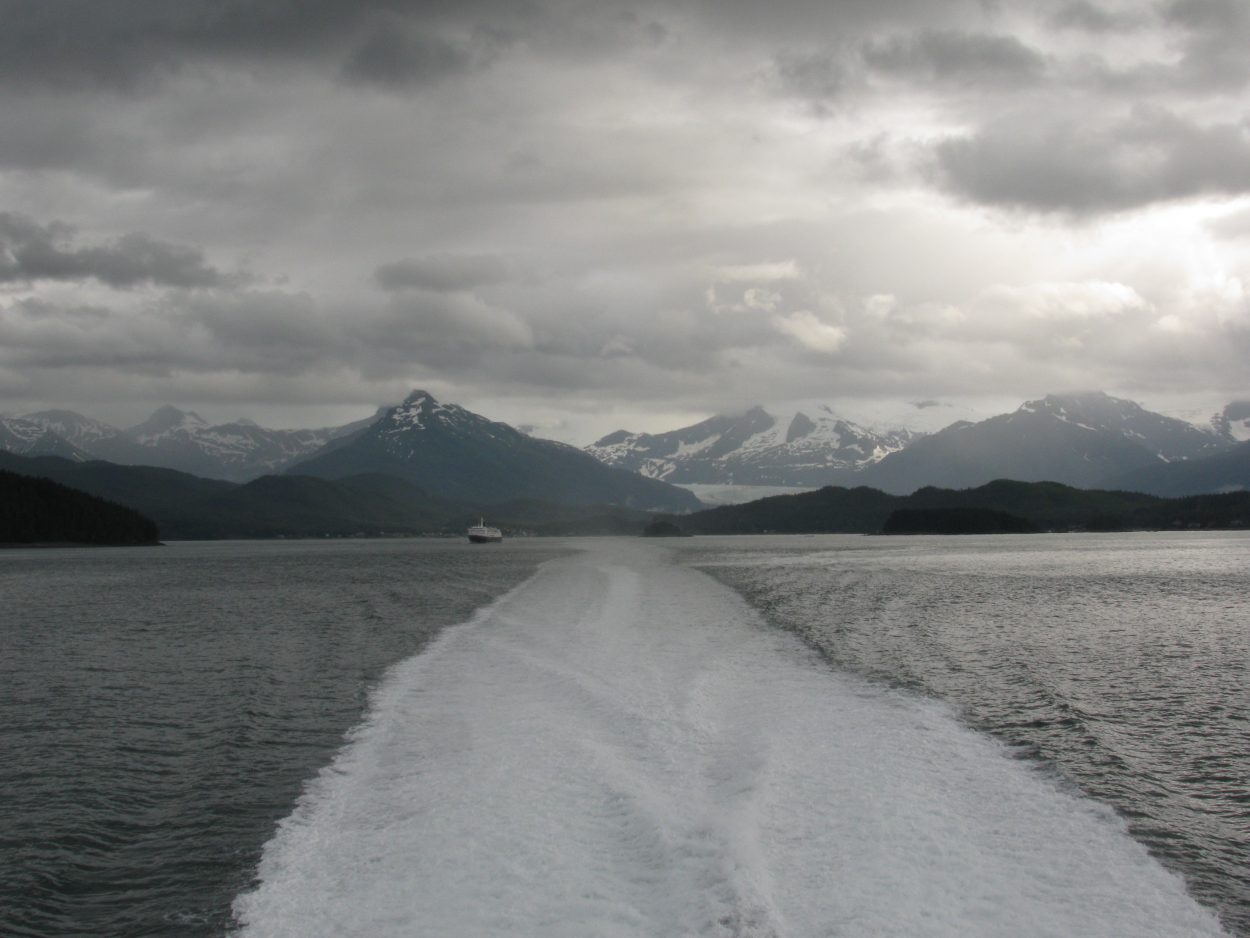 Petersburg officials are supporting a proposed ferry from Coffman Cove on Prince of Wales Island that could connect to the southern end of Mitkof Island south of Petersburg. The independent ferry service has been in the planning stages for years but could start up in 2015. The ferry authority wants to use the boat launch ramp at Banana Point to load and unload passengers and vehicles.

The Coffman Cove-based North End Ferry Authority had hoped to have the Rainforest Islands Ferry up and running in 2012, then in 2013, but it has hit delays. Originally the authority purchased a 160-foot oil rig supply vessel, using about two million of a three million dollar loan from the U.S. Department of Agriculture’s Rural Development Program.

“When we got bids for its overhaul and refit they were too high for us to incorporate in the present financing and we couldn’t get additional financing,” the authority’s manager Kent Miller, told Petersburg’s borough assemmbly. “So we sold that boat and found that we could make a purchase and sale offer for this smaller boat and we’re still working with USDA under the original financing have sufficient capital to put this boat into service.”

The smaller vessel is a nearly 65-foot landing craft called the Silver Eagle, currently in Wrangell. Miller told the Petersburg borough assembly that the vessel would make four day a week connections between Coffman Cove, Wrangell and the southern end of Mitkof Island. The authority wants to use the state’s mothballed South Mitkof Ferry Terminal, 25 miles south of Petersburg. That facility was completed in 2006 at a price tag of over 10 million dollars. It was first used by the Inter-Island Ferry Authority, or IFA, an independent authority that offered trips to Wrangell and Coffman Cove. That route was suspended in 2009 and it hasn’t been used since.

Miller said using South Mitkof would require converting the docking area for the authority’s front end loading landing craft. He noted the state wants to see the independent authority operate before committing to something like that. “They’d like to see how we do, however and I guess I can’t blame them for that. After all IFA couldn’t continue its service. We’ve made some very important changes that we expect to enable us to continue this service. But, nevertheless skepticism is healthy.

Among those changes, Miller said are a smaller ferry, which will burn less fuel and require a smaller crew. And until the state agrees to the changes at South Mitkof, the authority hopes to use a boat launch ramp at Banana Point for loading and unloading. He asked the borough assembly to support that request to the state. “I know that any intrusion on a facility like Banana Point, which is one valuable facility for use by recreational boaters and others is always a sensitive issue and one has to be concerned that the uses are compatible.” 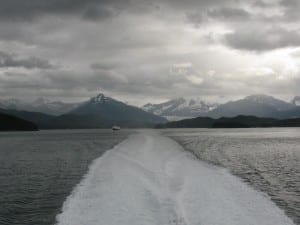 Miller thought the uses of the launch ramp were compatible. He noted the landing craft would be loading and unloading passengers and vehicles four days a week on Sunday, Tuesday, Wednesday and Friday. He thought the ramp would be tied up for a half hour on those days, just before 2 in the afternoon.

Assembly member Bob Lynn wondered about conflicts with other boat ramp users. “I’m hearing from users out there the concern that there’s only limited amount of parking space there available. The question rises then if we bring the additional traffic, I don’t know if we’re gonna double it, I’ve heard all kinds of figures but the concern from the users out there is even if you’re there for only a two hour period then obviously you take precedence, they’re trying to get in and out, how do you propose or what’s your though process to work out those, what I’ll call, conundrums where we have a conflict of interest here?”

The ferry authority’s Miller thought there would be enough parking for ferry customers and boat ramp users. The Rainforest ferry has capacity for 28 passengers and seven cars. Miller project the service will ferry 6,000 passengers a year and 2,000 vehicles over 200 days a year.
Other concerns focused on trash collection and other maintenance at the Banana Point site but Miller thought the ferry authority could work with the borough to pay for those increased costs.
The authority also plans to provide van service from Banana Point to Petersburg and also from Coffman Cove to other Prince of Wales communities.

Assembly member John Havrilek voiced his support for the new service. “The long range state plan for the area focuses on roads so it must have been written by someone from Iowa because it pretty much de-emphasizes ferries at all, which doesn’t make sense for an island. Your service may be the only thing we ever have. So I’m glad to see you stepping up and moving in there.” Havrilek thought the service would benefit school sports teams traveling between the communities.

Petersburg’s assembly voted to support the ferry authority’s request to the state’s Department of Natural Resources to use the Banana Point boat ramp. If all goes as planned, the new service could start up next April.