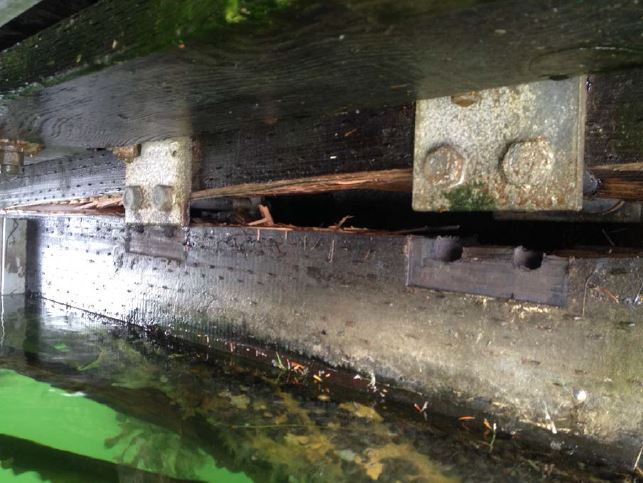 Petersburg officials hope to have a damaged dock replaced later this year, after a cruise ship hit the float in September. Petersburg’s borough assembly Monday voted to spend some money on engineering work to complete the replacement. 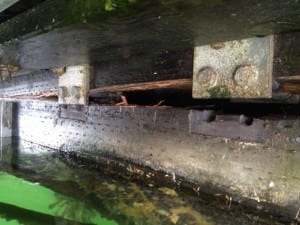 The September accident split this glulam beam, described as the spine of the float, below the wooden walkway. (Photo from a PND Engineers report to the Petersburg borough).

Borough manager Steve Giesbrecht told the assembly this month that the borough has since assessed the damage. “Basically it was one of our small cruise ships and they hammered that float pretty good,” Giesbrecht said. “We’ve had PND do an analysis of it and there’s some pretty severe damage. We’ve provided PND’s evaluation to the insurance company as well as the cruise company and we’ve gotten tentative approval from them to go ahead and proceed with the repairs.”

PND Engineers, a company with offices in Juneau and Anchorage, has designed and overseen construction of Petersburg’s harbors. The engineers have estimated the replacement of the damaged dock section could cost upwards of 150-thousand dollars. Giesbrecht noted the borough and the cruise company’s insurance provider have not agreed on whether they’d pay for the cost of a new float, or the value of a nine year-old float. The harbor facility was installed in 2005.

“I’m concerned about their take on the whole thing,” Giesbrecht said. “I wanted to make sure if in fact they don’t, we don’t want contractors being held hostage. So that the harbor could in fact make good on the bills and then we would go have further conversations with the other parties if need be.”

The Safari Explorer is owned by Un-Cruise Adventures, a smaller boat line that operates in Southeast. Borough staff wanted to get started on the replacement. Harbor master Glorianne Wollen said a portion of the float would be condemned and could not be used until it is replaced. She expected it could be until the end of the summer before it’s all done. 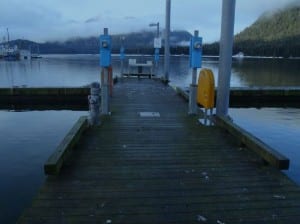 Giesbrecht said the company was aware of the timing concern. “One of the statements that I’ve made to the company was if this doesn’t get resolved quickly to the satisfaction of the borough, we have some concerns with lost revenue related to that float and we’ve made that very clear to them and that’s an issue for us and I think they’re listening at this point,” he said.

Petersburg’s assembly approved spending 24,000 dollars for engineering and bid services to seek a company to do the float replacement work.

In other project updates, library board member Sunny Rice told the assembly about the landscaping work planned outside the building, opened in 2013. The borough is advertising a request for proposals or RFP from companies interested in doing excavation, grading and other site improvements. “That RFP is just for the hardscaping, which is going to be rock buildings and drainage,” she said. “None of the sort of planting and that. And the idea with this proposal is, it’s a little bit higher cost up front but to have it as low maintenance as possible in the long term.”

That work is expected to cost between $110,000-170,000 and is being paid for with a state grant along with local donations. Rice said other work remained for some technology improvements and planting once the site work is complete.