Petersburg will bid on land near remote dock 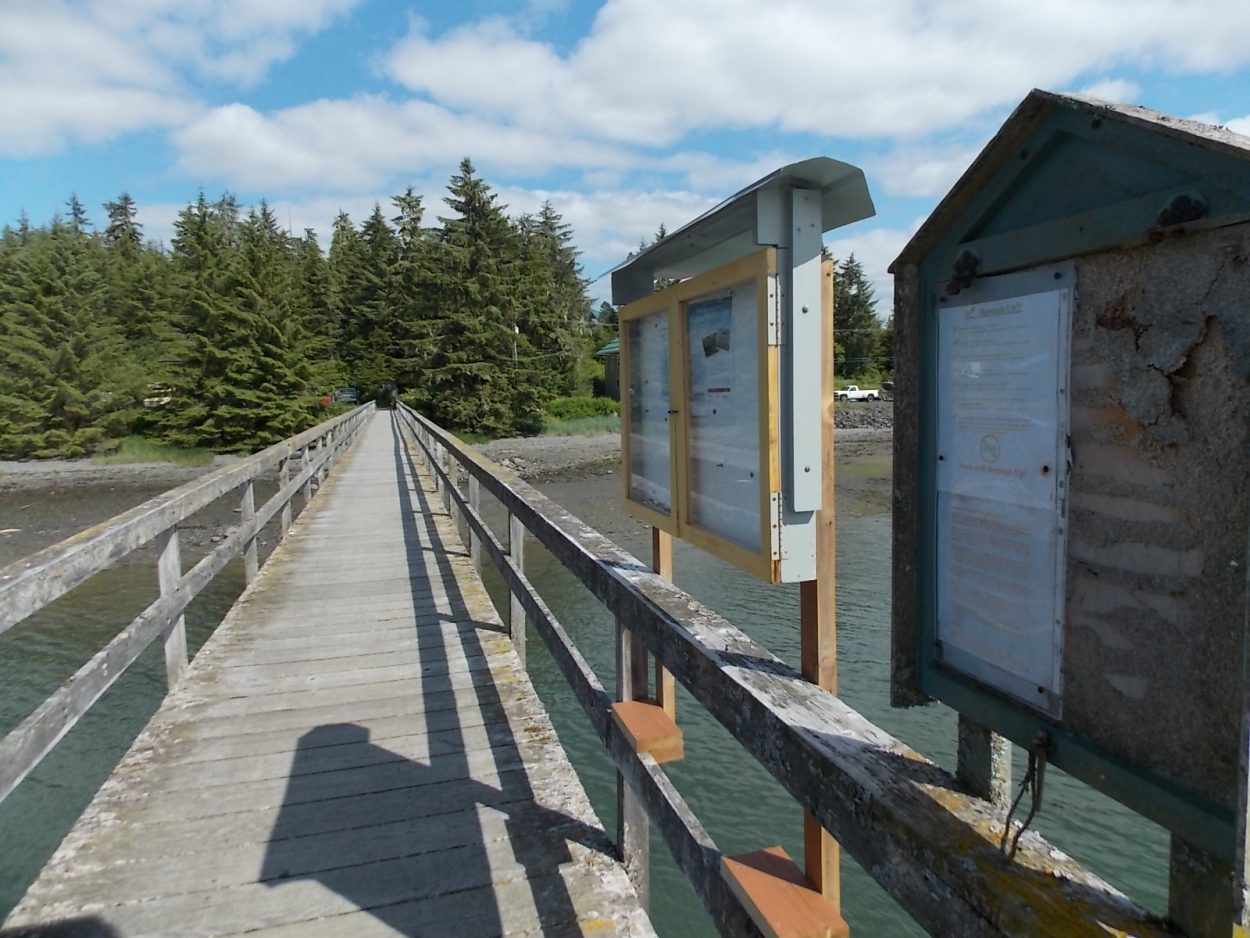 The Petersburg borough government will put in a bid for some Alaska Mental Health trust land up for auction this winter at Papke’s Landing ten miles south of downtown Petersburg. The land could be used for parking or access to the state owned boat ramp and dock nearby. The borough assembly Tuesday voted to bid on some or all of the seven lots up for sale.

The Mental Health Trust land office is selling seven parcels totaling just over three and a half acres at Papke’s, just uphill from the boat ramp. It’s part of a statewide land sale for the trust. The assembly has been soliciting public comment and most comments have supported a purchase.

Area resident Dave Kensinger was in favor of acquiring the land and said the borough government could better speak to the other government agencies that own land at Papke’s. “And that was one of the compelling reasons for me to support the formation of the borough was because there are some things that government does do better and this is one of them,” Kensinger said. “And so I’d strongly recommend that you purchase the property at Papkes just to prevent more continuing mess and nightmare in the land area out there.”

Besides the trust, other state agencies like the Department of Natural Resources and Department of Transportation own the tidelands, dock and boat ramp. And the state has expressed interest in transferring the dock to the borough, along with two other remote docks.

Assembly member Jeigh Stanton Gregor did not think it was a service area issue. “I think this is a place that all members of the community use and enjoy, similarly to Banana Point. We’ve received a lot of feedback from the community from both inside service area one and out and overwhelmingly it’s been in favor.” Stanton Gregor called the purchase a first step for a long term vision of Papke’s and thought the borough could sell the property if no improvements ever happened there.

Other assembly members agreed and voted 5-1 in favor of a resolution authorizing the borough to submit a sealed bid for the land. Strand was the only no vote.

The assembly went into a closed door executive session at the end of the meeting to discuss which parcels to bid on and a dollar amount. The borough will keep that bid amount secret. Bidding on the trust parcels is open through March 20th and sealed bids will be opened March 25th.