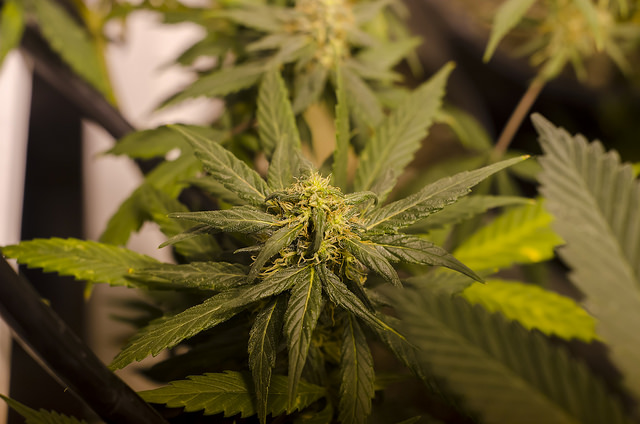 Like many other municipalities around the state, Petersburg is starting the discussion on regulating marijuana businesses with a voter-approved measure legalizing pot under state law set to take effect next month. Petersburg’s borough assembly made no decisions on the issue this week but agreed to keep the discussion going.

The measure passed by voters last November approved the taxation and regulation for marijuana production, sale and use in Alaska. It made use of marijuana legal for anyone 21 and older, but bans that use in public. It legalizes the possession of up to one ounce of pot and growing of up to six plants by anyone 21 or older. It also requires the state to set up regulations for marijuana businesses although it allows local municipalities to prohibit those businesses. A local ordinance could also limit the location, hours of operation and other requirements if pot businesses are permitted.

Mayor Mark Jensen requested the issue be put on the assembly’s agenda this month. “I had it put on the agenda so we can start our discussion,” Jensen said. “I know it varies all over the state what different municipalities have done. Ketchikan borough addressed it, their borough government, and they came up with some ideas they wanna move forward like like no edibles and not located near churches and schools. I know the state has the legislative session they’re gonna address it and come up with their rules but I personally feel it’s important as a borough we start working through this process.”

Assembly member Cindi Lagoudakis suggested adopting a similar ordinance to one approved in Juneau. “That basically says we’re not gonna zone anything for any marijuana related cultivation or testing or product manufacturing until that time that the state has developed regulations that we can tie into. And it gives us a little breathing room.”

Assembly members asked Police chief Kelly Swihart for his input. Swihart said he thought the borough should prepare and thought the assembly should learn about the issue. “Off the top of my head, some of the concerns I would have are safety inspections for indoor grow operations. I’ve been in a few hundred commercial marijuana grows and we need to make sure if we’re gonna allow them they need to be set up safely and the fire hazards are reduced. In the recent training I had, Washington and Colorado both are running into issues, some pros some cons. One of the common issues they had was in the consumables, concentrates and consumables.”

Other issues were whether to limit areas where pot businesses could operate in the community.
Assembly member Nancy Strand wanted to be able to collect tax on pot sales. “I think we need to be real careful about putting too many moratoriums on too many things or it’s going to go right back underground and we won’t be able to collect any taxes on it.”

Other assembly members wanted to keep the issue on the agenda for future meetings and hope to hear more from the public on the issue.

In possibly related news, the borough assembly voted to advance a new ordinance that could provide a property tax exemption for farm buildings in the borough. That measure, as written could apply to people growing or storing crops or livestock as long as people made at least 10 percent of their income from farming.

Jeigh Stanton Gregor introduced that measure and answered a question from Bob Lynn about the ordinance language.
“Would this also apply to marijuana production?” Lynn asked.

“The way I currently read it, yes, although I imagine the state attorney is going to be weighing in on it at some point,” said Stanton Gregor.

“I asked the state assessor this morning and I talked with our attorney and she said yes, it would as its read now,” said the borough’s finance director Jody Tow. She also thought one or two existing businesses in the borough might use the new exemption and it could mean less than 100 dollars in lost tax revenue for the borough a year.

The assembly approved the ordinance in 1st reading by a 6-0 vote, with John Havrilek not at the meeting. With two more approvals, the farm building property exemption will go to voters at the next election.