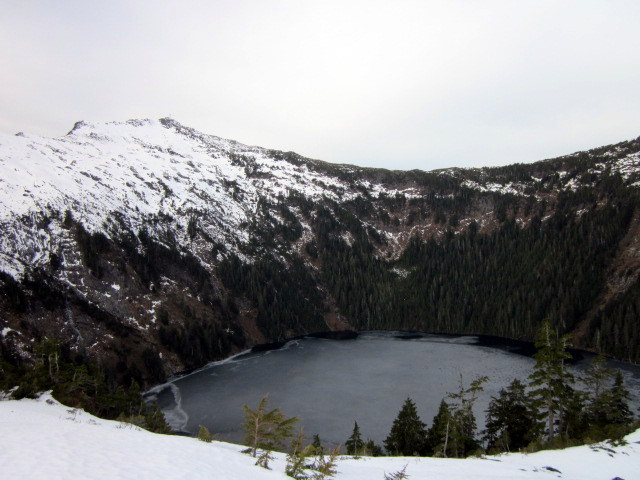 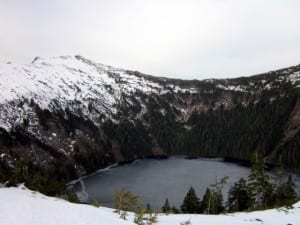 Low snow can be seen at Crystal Lake Mountain.

If you thought this past winter was warmer, wetter, and grayer than normal…well, you’re right. It was the warmest winter on record for Petersburg. And it was one of the lowest snow years on record as well.

The winter season averaged 38.9 degrees. That breaks the record by point-one degrees, set back in 1991.

Aaron Jacobs is a meteorologist and hydrologist with the National Weather Service in Juneau. He says the winter season officially runs from October 1st to March 31.

“The warmest month out of that time frame from October to March looks like it was January where the average temperature was 6.9 degrees above normal,” Jacobs says.

January was not only a warm month but a very rainy month with about 21 inches of precipitation. That’s over 9 and half inches above the normal. And in turn, Petersburg was nearly 18 inches below normal for snow in January. Only four inches fell that month.

In fact, it was just too warm for much snow all winter, says Daniel Fisher, a hydrologist with the Natural Resources Conservation Service. He’s in Palmer and crunches numbers for snow pack around Southeast.

“The snow pack around Petersburg this year was very low,” Fisher says. “Really, you have to go back about 34 years before we had anything similar to this in 1981.”

Snow pack measurements are taken at two locations in Petersburg every month throughout the winter. The Petersburg Reservoir, located at 550 feet in elevation had no snow this winter. Fisher says that’s not that abnormal. But what was unusual was the measurement at the other site.

“The Petersburg Ridge site which is considerably higher, another 1,100 feet higher than the reservoir, this is a record low for the April 1st reading,” Fisher says.

All in all, it was the fourth lowest snow fall year on record for Petersburg at 39.1 inches recorded at the local airport. 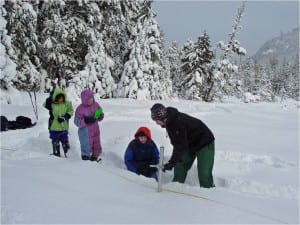 Heath Whitacre, hydrologist with the Forest Service in Petersburg, leads girl scouts in measuring the snow pack in a snowy year. Photo courtesy of Heath Whitacre

“This year the low snow pack was really driven by warm temperatures more than a lack of precipitation,” Fisher says. “I believe Southeast is fairly close to normal precipitation, a little below normal, but temperatures have all been above normal for the entire winter.”

As for the reason behind the higher temperatures causing the low snow pack, Fisher says he couldn’t say. They just don’t have enough data to explain it.

Aaron Jacobs says his main concern now, as a hydrologist with the weather service, is how the low snow pack could affect local fisheries.

“The low snow pack or no snow pack at all, if we do have a warmer and drier summer then streams that are dependent on the snow pack to keep flows up won’t be there,” Jacobs says. “So you’re going to get low flows and if you have sun then it will raise the temperatures up and get above normal water temperatures for fish to survive and get low dissolved oxygen’s and potentially some fish kills that we’ve seen in the past.”

Or maybe it will be like last year when there was low snow pack in but the summer countered it with a record wet season. Only time will tell.