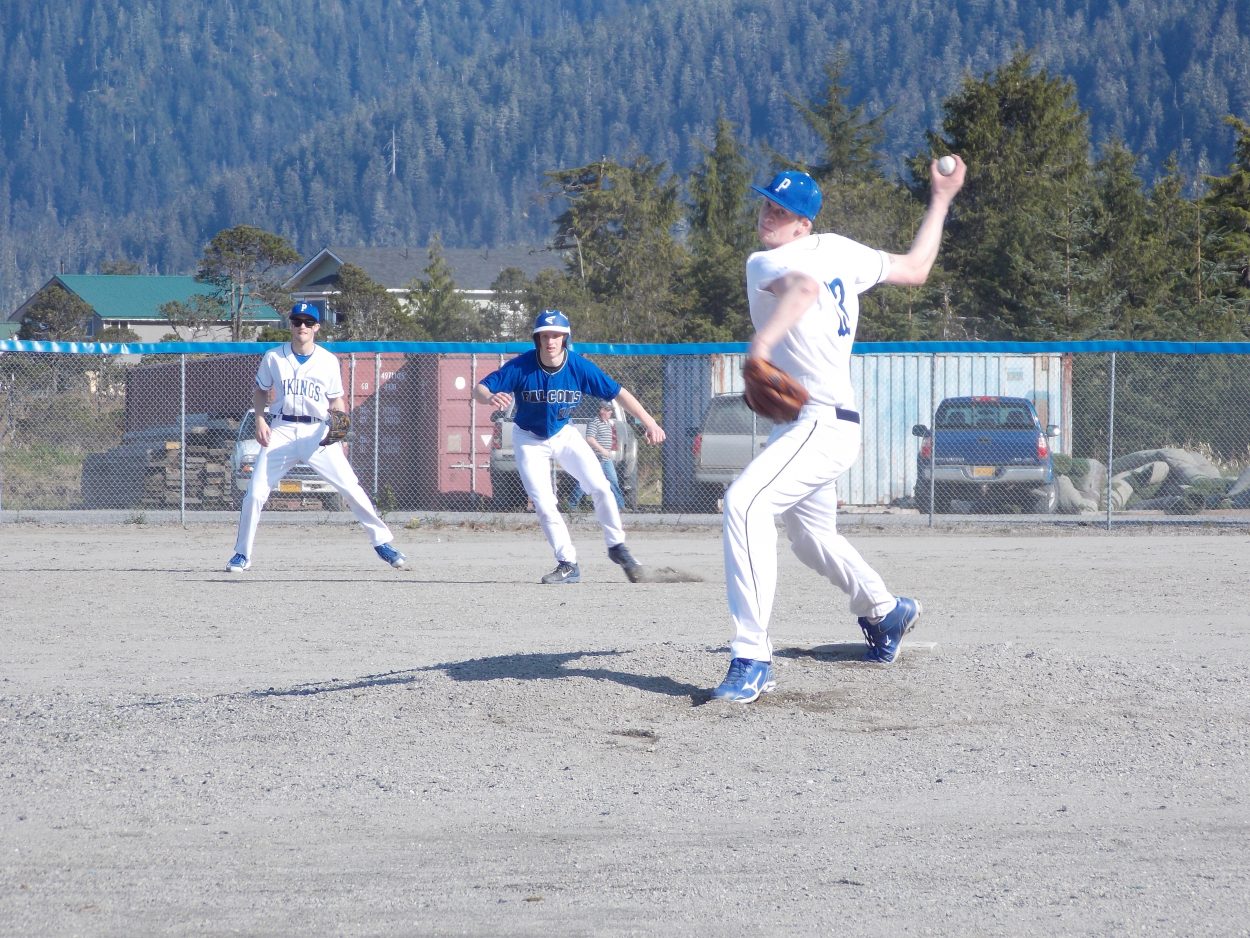 Petersburg High School’s baseball team won two out of three games on their home field last weekend weekend, narrowly missing a sweep of the visiting Falcons from Thunder Mountain.
The Vikings came from behind to tie the game on Friday evening and won 3-2. Colby Bell pitched the full game for Petersburg and had 15 strikeouts. 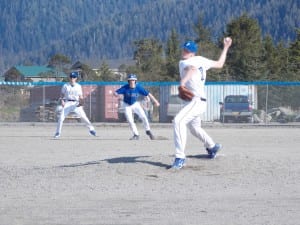 PHS senior Colby Bell had 15 strike outs in a 3-2 win over Thunder Mountain on Friday evening.

Then on Saturday, Petersburg lost 10-8 in the first game. Kjell Witstock pitched six innings for the Vikings. The second game of the double-header went to Petersburg 8-7 with Stewart Conn pitching a complete game. Joe Viechnicki spoke with coach Jim Engel about the weekend.

Those were the last home games of the season for Petersburg. Now the team heads on the road for a series this weekend against Juneau. 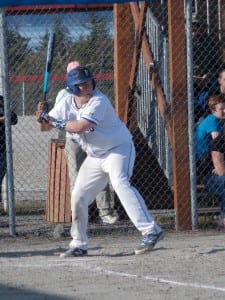 Ethan Bryner winds up for a pitch during Friday’s game against Thunder Mountain.