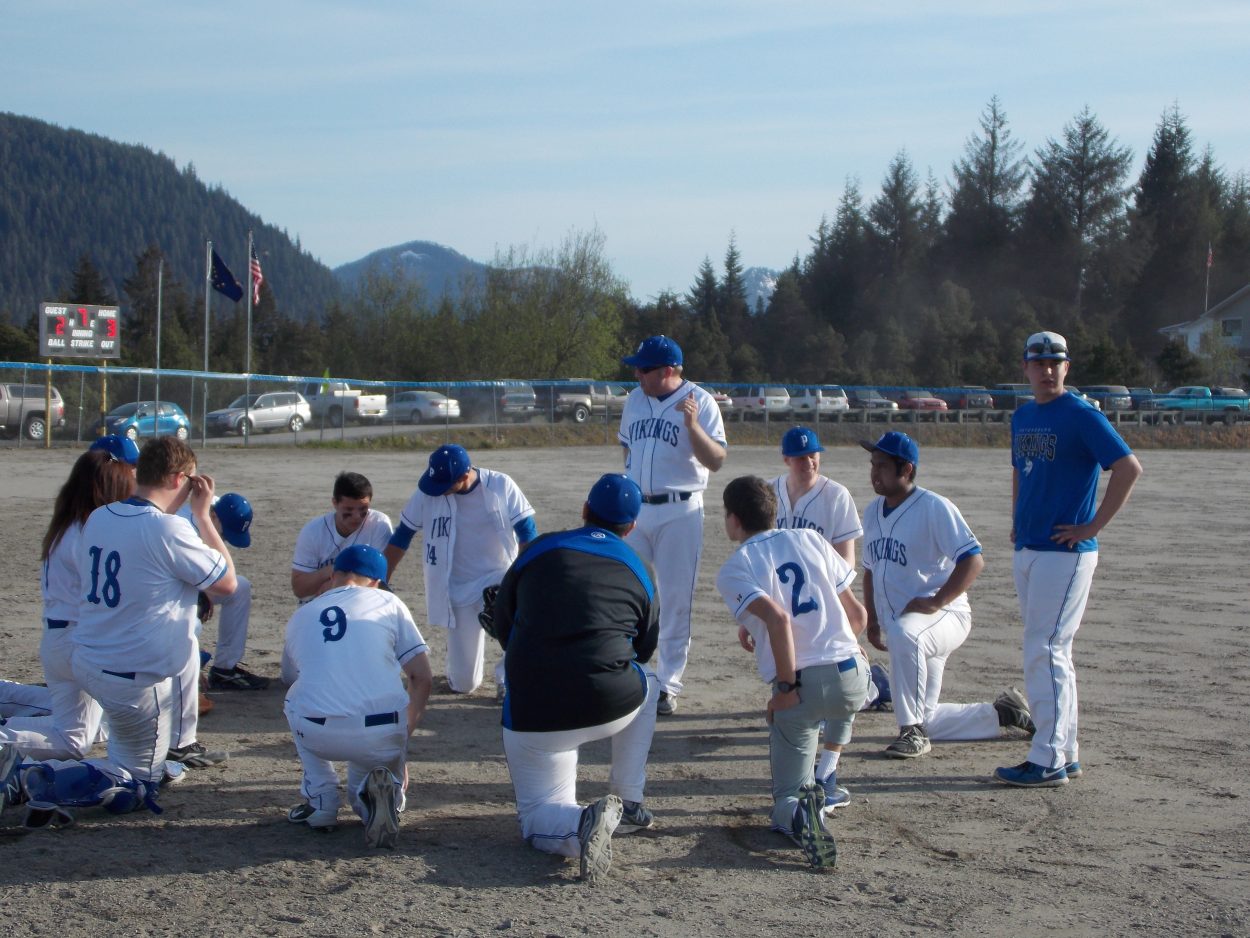 Petersburg High School’s baseball team lost three games on the road in Juneau last week and heads south to Ketchikan this weekend for another series before the regional tournament. 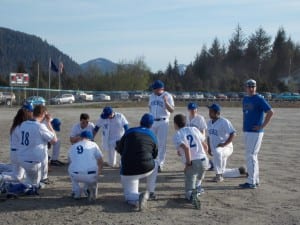 Coach Jim Engell talks with his team after a game in Petersburg earlier this month.

Coach Jim Engell thought his pitchers suffered from a quick turnaround. “Pitchers arms were not as sharp as they normally would be, ” Engell said. “Normally we throw a session of bullpen on Wednesdays and a session of bullpen on Thursdays and here we were going with games. So Colby was on four days rest from the weekend and Kjell was on three days rest so that’s a real quick turnaround. And It showed. We walked batters more than we normally would. But they showed a lot of heart. Colby’s game was, he gave up four runs, I think two of them were unearned, so it was a really good hard fought game.”

The Vikings fell behind in the second game early, giving up some unearned runs in the second and third innings. Engell said Ethan Bryner pitched some innings in relief. Bryner normally plays catcher and that switch put Chauncy Sandhofer behind the plate. Engell said he saw some positives from the loss. “I just wish that our bats continued to be a little more hot than they were this weekend,” he said. “So yeah, it was a good game but they jumped on us pretty quick and then we had to just sit there and preserve, try to get to seven innings on them and see what happens.”

Stewart Conn pitched the third game on Thursday and the Vikings gave up seven runs in the first inning, five of those unearned. Petersburg scored their runs in the fourth and fifth innings. Engell said the team will be working to fix mistakes. “Reflecting back on the game, everything that happened in that game are things we can change. They’re not things where we’re just facing a better team that we don’t have hope against. They’re a good team and they will beat you if you let them. And we let them beat us. They capitalize on mistakes better than any team in our conference.”

The baseball team travels to Ketchikan this weekend in the final regular season series before the regional tournament.