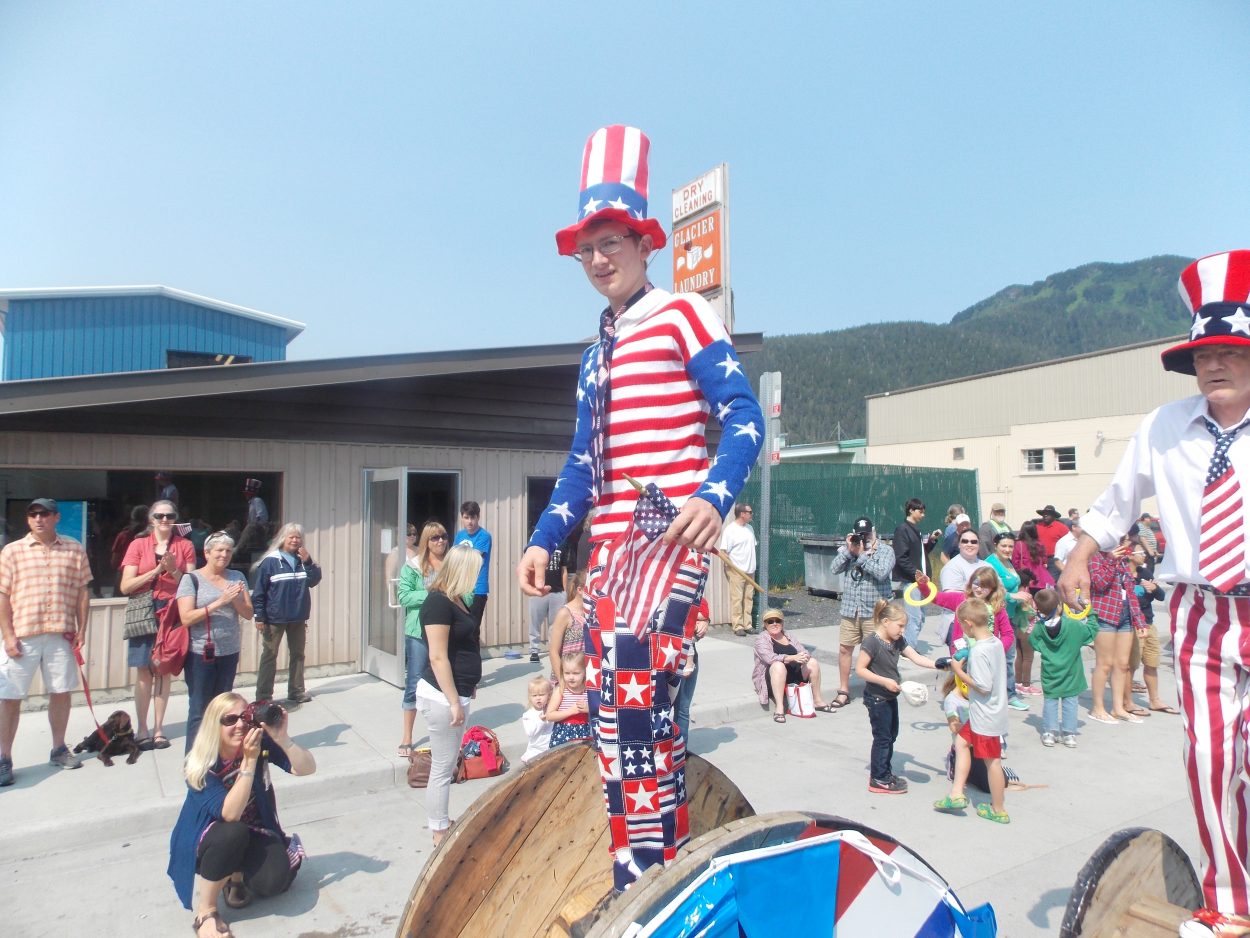 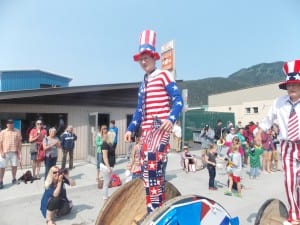 Friday and Saturday saw the Independence Day festivities come to Petersburg. Events ranged from the sublime rib cook off to the obscure bed race. The sun shone all weekend and hundreds took to the street to eat, drink and be merry in celebration of America’s founding. The Erickson family were the undoubted winners of the July 4th activities. Mother Sue and sons’ Skipper and Britton went home with no less than five prizes, with Mrs Erickson taking the coveted award of overall log roll victor. They also emerged victorious in the Best of Parade contest under team name Fools on Spools. Their prizewinning act consisted of them dressed in American flag suits parading through town on giant spools. Other notable winners on the day were Joe Iremia who won the Blue Ribbon Ribs Contest and Pat Blair who walked away with a cool thousand dollars after coming out on top in the Rotary Duck race.

Joe Sykes spent a bit of time downtown and on the docks over the weekend and came back with this audio postcard.

You can find more photos of the weekend’s events on KFSK’s Facebook page.